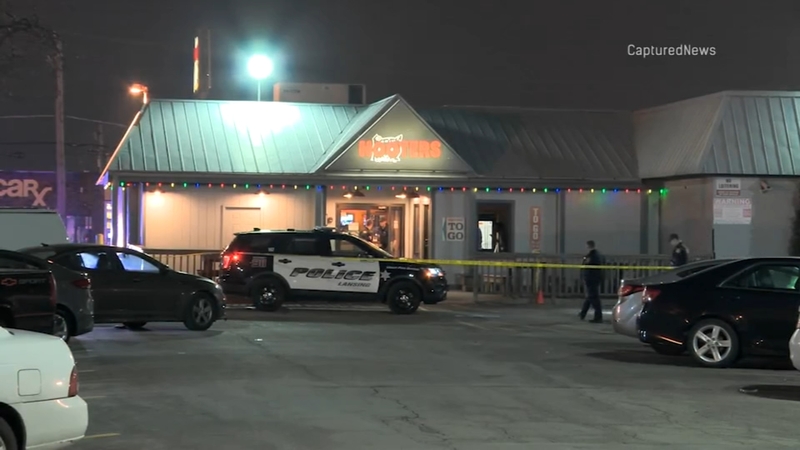 LANSING, Ill. (WLS) -- Although a number of shots were fired Thursday night outside a south suburban Hooters restaurant, no one was injured in the incident.

Lansing police received a report of shots fired about 9:30 p.m. both inside and outside a Hooters in the 17000-block of Torrence Avenue.

Charnelle Harmon was inside with her baby when the shots rang out.

"As we seeing people run out, I get my baby, and then we're running out as well; then, you hear an additional three gunshots, as we're all leaving," Harmon said.

They were trying to get to the safety of a Wendy's nearby.

When officers arrived, they learned the shooting occurred in the parking lot and not inside the restaurant.

An unidentified individual had begun shooting at two people, as they exited Hooters, police said.

One of the people being shot at has a valid concealed-carry permit and returned fire. A "brief exchange of gunfire" took place before the alleged shooter fled in a silver vehicle.

"(I'm) very traumatized because we're from the south side of Chicago; normally we hear about things like that happening in Chicago, but not Lansing," Harmon said

Lansing police believe this was an isolated incident.

No one was injured, police said.

A Hooters manager said her employees are alright, but she refused to comment further.