KABC
By Anabel Munoz
CORONA, Calif. -- New details emerged Tuesday in the deadly shooting inside a Corona Costco involving an off-duty officer whose attorney claims the policeman was attacked without warning as he held his toddler son.

Two accounts of the shooting that caused chaos inside the busy warehouse store on June 14 painted completely different pictures of the series of events, with both describing different parties as the victim.

Attorney David Winslow said his client - a Los Angeles Police Department officer whom he wouldn't name - was struck from behind without a word being spoken Friday night as he fed his son samples of teriyaki chicken in the store.

But a cousin of Kenneth French, the man who was killed, described him as a "gentle man" who didn't speak because of a mental condition.

Winslow told The Associated Press the officer was briefly knocked unconscious, and his 1-year-old son also fell to the ground.

When the officer regained consciousness, Winslow said, "he believed his life and his son's life was in immediate danger."

"He believed he was under attack," Winslow said. "That's when the shooting started."

The officer shot and killed French, 32, of Riverside, and critically wounded French's parents. 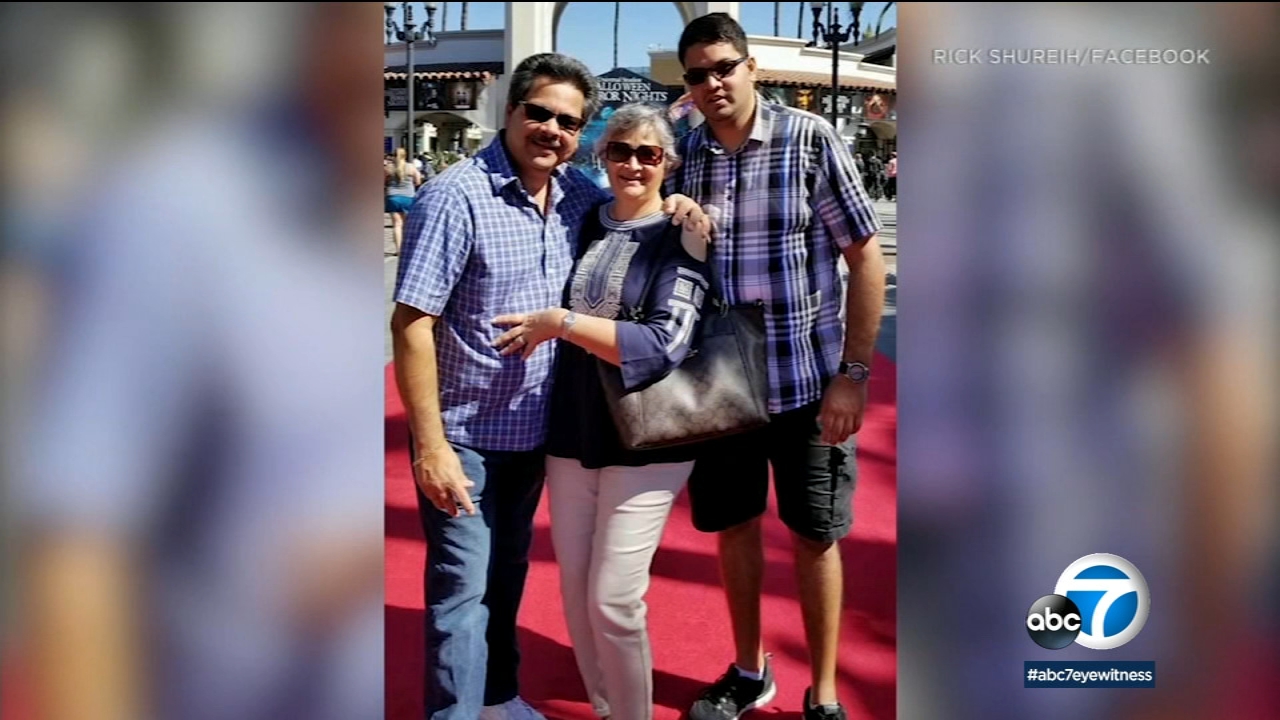 Rick Shureih, French's cousin, told the Press-Enterprise in Riverside that French was gentle and didn't speak because of a mental condition that started in adulthood. He did not provide details on the condition, but he said French had "to be pretty much monitored" and his cousin's parents, Russell and Paola French, accompanied him everywhere.

Family members say French's mother is in a coma and the father remains hospitalized.

In a Facebook posting Monday, Shureih said the family has gotten "witness accounts that do not match up to the original story." He declined to provide details, saying the information is confidential. He also said the family is pro-police but wants justice and called on authorities to arrest the officer. The family's relatives are urging anyone who witnessed the deadly encounter to contact them.

Winslow said he was not aware French had a disability.

"I don't know if he has autism, but he's not talkative," said Rahman Bace, who lives next door to the French family. "He doesn't even talk."

The officer - who has been with the LAPD for seven years and currently works in the Southeast Division - was interviewed Monday by LAPD investigators as part of the department's administrative probe, Winslow said. He is on paid administrative leave that is mandatory after an officer-involved shooting.

The officer's head injury was caused by a "severe blow" and he was treated at the hospital, his attorney said. His child was not harmed.

Corona police did not respond to requests for information about Winslow's statements, what immediately preceded the shooting and whether anyone other than the officer had a weapon.

The Riverside County District Attorney's Office issued a statement urging the public to be patient. Once Corona police finish their investigation, prosecutors will review and consider whether to bring criminal charges.

Corona police say the only weapon recovered at the scene belonged to the off-duty officer.

Authorities have not said if the officer identified himself as a police officer before firing. An earlier statement by Corona police referred to the off-duty officer as a "victim."

Witnesses reported seeing an argument between two people near a freezer section when at least six shots rang out. The shooting prompted a stampede of frightened shoppers, some fleeing the store as others sought cover inside.

Video from Costco's security cameras and shoppers' cellphones will be critical to the investigations, said Samuel Walker, a retired criminal justice professor at the University of Nebraska at Omaha and an expert on police accountability.

Off-duty officers can carry concealed firearms as long as the guns are authorized for on-duty use, according to the LAPD manual. Regardless of whether they're in uniform, police officers are allowed to use deadly force in self-defense or defense of others if it's clear there is no alternative, said Robert Weisberg, a professor at Stanford University's law school.

"If you carry a gun, especially in California, you cannot be drawing your gun," Bace said. "You're an off-duty officer, for God's sake. What happens if you don't have the gun? Nobody would be dead, honestly."