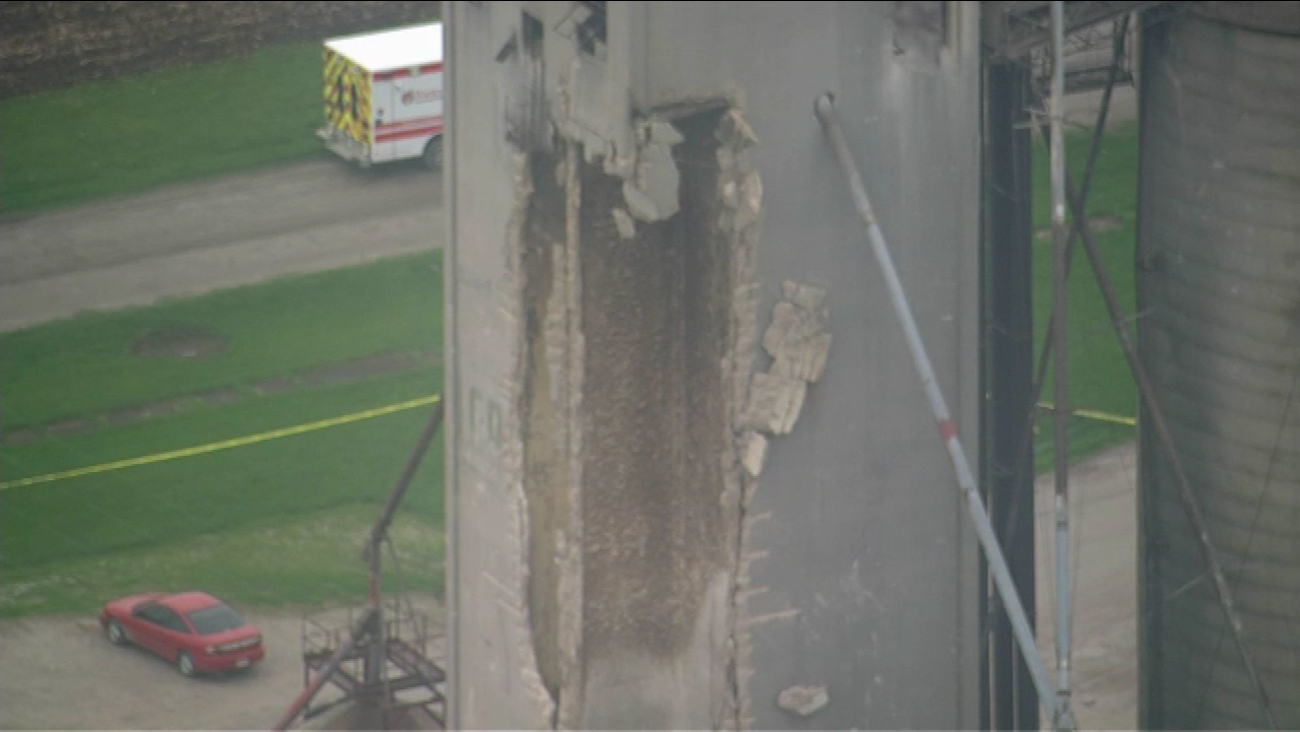 LACROSSE, Ind. (WLS) -- The LaPorte County Sheriff's Office says four people were injured in a large explosion involving a grain elevator in LaCrosse, Ind., around 9 a.m. Thursday morning. The Sheriff's Office said it has not found anything to indicate foul play or a criminal act, and believe the incident was industrial accident.

Captain Michael Kellems said four employees sustained serious injuries, mostly burns, from the explosion, but that the injuries are not life-threatening. Two victims were taken by Medevac helicopter to a burn unit at Lutheran Hospital in Fort Wayne, Ind. Two less seriously injured victims were taken by ambulance to Porter Hospital near Valparaiso, Ind.

Kellems said the area surrounding the site of the explosion is blocked off, and that there is concern, due to the extensive damage to the 175-foot elevator, of a structural collapse. Members of the Sheriff's Office will remain on scene throughout the night to maintain security, and the immediate area has been deemed unsafe.