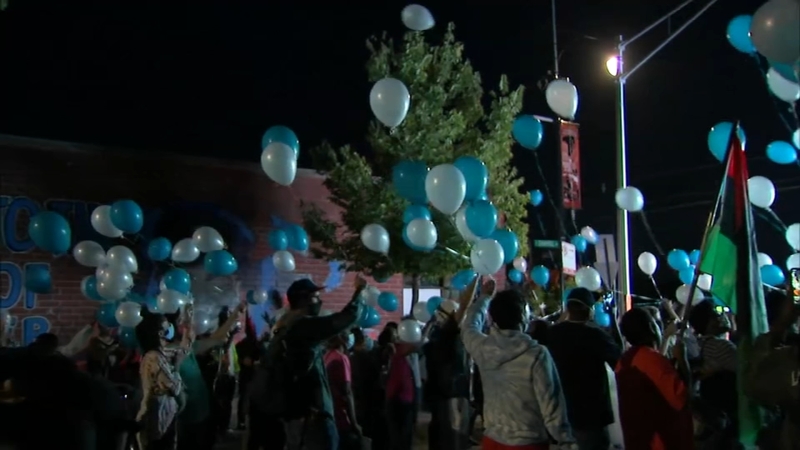 CHICAGO (WLS) -- Activists, community organizers and residents gathered to mark what would have been Laquan McDonald's 23rd birthday as their fight for police reform continues.

His death is still their rallying cry. McDonald's legacy, and his shooting death by Chicago police officer Jason Van Dyke nearly six years ago, changed the course of policing in this city.

"We've seen some substantive changes in our city, but we have a very, very long way to go, without a doubt," said community organizer William Calloway.

As the people who fought to convict his killer celebrate what would have been his birthday, they're also organizing once again after the Louisville police officers who shot and killed Breonna Taylor walked way, unindicted for her death.

Taylor's mother, too devastated to speak Friday in Kentucky, conveyed that same sense of abandonment.