The Nassar Backlash: How to protect our children 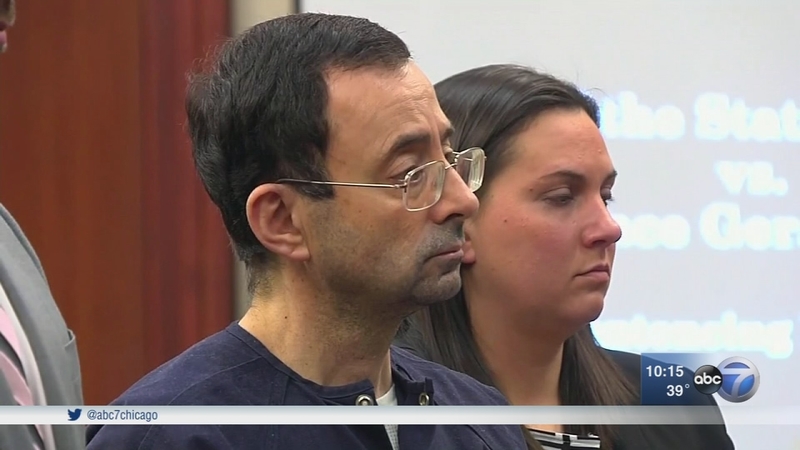 The Nassar Backlash: How To Protect Our Children

Alex Neil-Sevier is a Michigan native who moved to Chicago to attend Columbia College and has lived here ever since. She says Nassar sexually assaulted her in 2007 during her senior year in high school when she sought treatment for a dance injury.

Former federal prosecutor Julie Porter is currently investigating how sexual harassment allegations against Illinois lawmakers are handled. She says, "Even now, as we sit here today in the wake of the scandal at MSU, the same thing is happening somewhere else. This story will repeat itself over and over. What can be learned? When there are credible allegations of abuse they need to be carefully investigated."

Survivors say they are disappointed with MSU's response.

Michigan State University hired Chicago's former U.S. Attorney Patrick Fitzgerald in early 2017. Victims and their attorneys tell the I-Team they believed Fitzgerald was hired to do an independent investigation but in reality he was hired to defend the university from lawsuits.

In this letter to Michigan's attorney general, Fitzgerald wrote, "We believe the evidence in this case will show that no one else at MSU knew that Nassar engaged in criminal behavior. Like any other attorney-client relationship, it was and is important for MSU to maintain applicable privileges when facing litigation...MSU has been and remains ready, willing, and able to cooperate" with any inquiry by law enforcement.

Numerous victims who are part of a lawsuit against MSU gymnastics coach Kathie Klages say they did tell her and others about Nassar's abuse as far back as 1997.

Klages was suspended last year and then allowed to retire. She turned down the I-Team's request for an interview.

Nassar was also accused in an MSU Title IX sexual assault investigation in 2014. He was cleared of wrongdoing but there were two versions of the final report. One went to the accuser, the other to MSU officials. The latter warned the university of Nassar's potential liability. New protocols were put into place--including having another staff member in the exam room. Patients and co-workers say they were never made aware of the changes, and Nassar never followed them.

David Mittleman represents dozens of survivors of Nassar's abuse. He says, "We know based on a 19-page MSU PD/FBI investigation that nobody else in the department was aware because the director of the sports medicine clinic wasn't aware that these restrictions were placed."

With the momentum from the #MeToo movement and Nassar's recent sentencings, experts and survivors say they are hopeful more changes will be made to protect child athletes.

Click here for the full statement from USA Gymnastics.