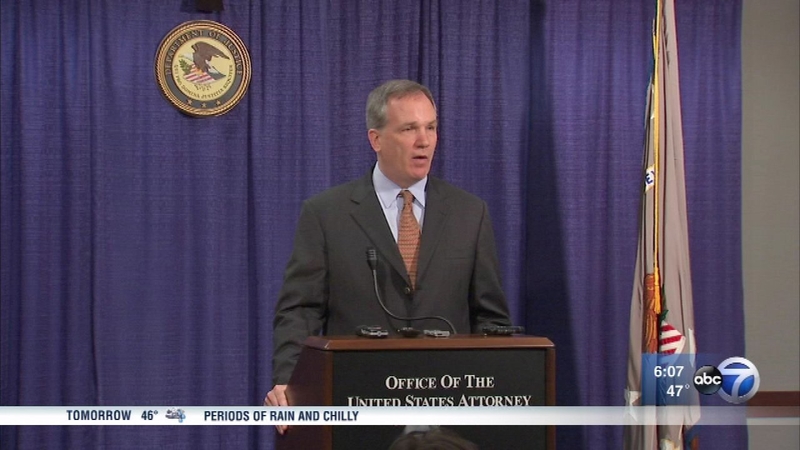 LANSING, Mich. (WLS) -- Michigan State University has tapped some heavy legal firepower from Chicago in the case of an ex-athletic department doctor accused of sexually assaulting at least 80 female student athletes, the I-Team has learned.

Former Chicago U.S. Attorney Patrick Fitzgerald has been hired by MSU to lead a legal team in the case involving Dr. Larry Nassar, who is accused of abusing girls and young women going back at least 17 years while he worked at the university.

The 53-year old doctor appeared in court Wednesday on one of the criminal cases against him. Nassar was charged in state and federal sex abuse cases and named in dozens of civil lawsuits by alleged victims.

Dr. Larry Nassar is accused of abusing girls and young women going back at least 17 years while he worked at Michigan State University.

Alleged victims say Nassar, a once-prominent doctor at MSU and USA gymnastics, molested them, claiming it was part of the treatment.

"There's only one conclusion you can come to. This guy is a monster," said Michigan Attorney General Bill Schuette.

"We set forth many of the facts that are creating an atmosphere that is lending itself to be a mob mentality in this community and making it so Nassar cannot get a fair jury," said Shannon Smith, Nassar's attorney, in a Lansing court.

On Wednesday, a Michigan judge issued a gag order on most public comments in the case.

Tiffany Thomas Lopez, a former MSU softball player, was one of the first alleged victims to come forward.

"I was betrayed not only by Dr. Nassar but Michigan State University," Lopez said.

MSU President Lou Anna K. Simon said she is "deeply troubled by emerging details and recognizes the courage it takes to come forward with information about of personally traumatic events."

MSU's hiring of Fitzgerald, best known for putting ex-Illinois Gov. Rod Blagojevich in prison, is a bold move, according to ABC7 legal analyst Gil Soffer. He said it shows MSU's concern about its own potential legal exposure.

Soffer, a former assistant U.S. attorney in Chicago, said if the facts show that MSU officials had knowledge of the misconduct and didn't disclose or stop it, they could be criminally liable.

Soffer said MSU could be civilly liable if the facts show they should have known of the misconduct, or failed to take reasonable action to prevent it.