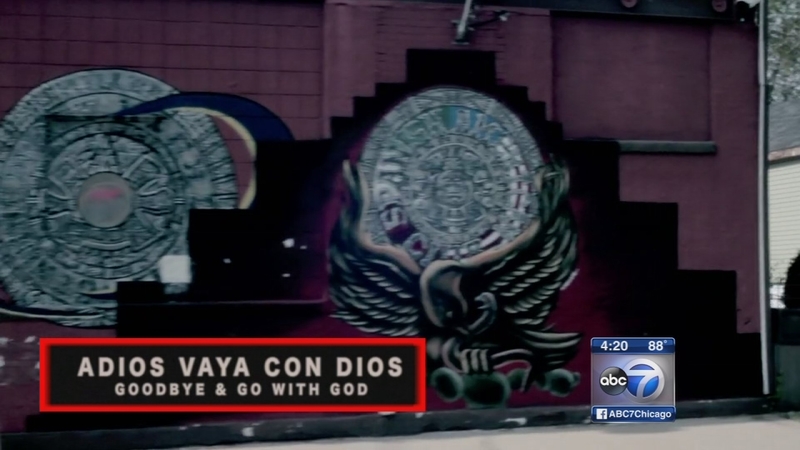 Aurora, Ill. (WLS) -- One of the nation's most successful Hispanic production companies is thriving in the Western Suburbs. The filmmakers already have two movies shot in Aurora featuring local talent.

"Adios, Vaya con Dios," or "Goodbye & Go with God," is a tough, edgy tale about life in a Latino street gang. It's the first film produced by Monica Esmeralda Leon and Zachary Laoutides. Theirs is one of the only local Latino film enterprises.

"You really don't have a neighborhood, an urban community coming together and making a film, but that's kind of what I envisioned. I wasn't really sure what would happen, because it's never been done before," said Laoutides.

The movies won awards at the Bel Air Film Festival and there are two other features ready to launch.

"I wanted to actually go to the locations to where some of these stories took place, just for authenticity purposes and I thought the people would support it and bring it to life and they did," said Laoutides.

"Aurora looks beautiful in camera, on film. People, when they actually see Aurora on film, the downtown they don't think it's Aurora," said Leon

ABC7 asked the filmmakers: "Were there funny moments when somebody would call the police because the action looked so real?"

"The cops surrounded the place and they took out guns, said, come out with your hands up but then they got used to us and said, oh it's you guys again, ok," said Leon.

"I also owe this to the people that participated in the movie, a lot of them were Hispanic, and so it's very exciting," said Leon.