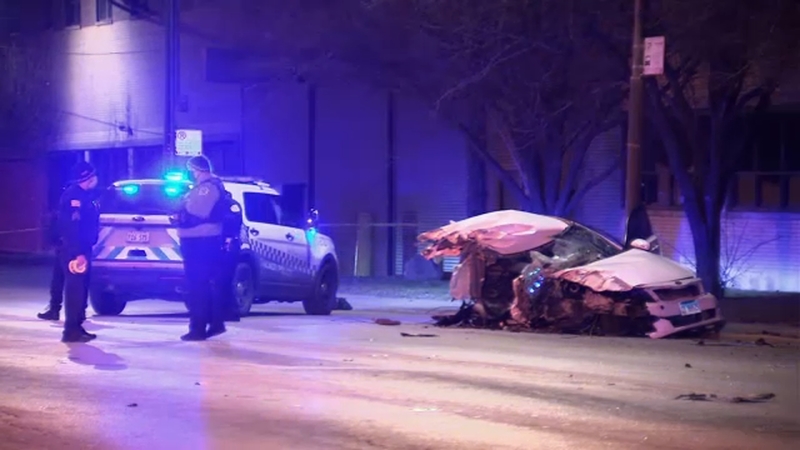 CHICAGO -- Two people are dead Wednesday after a shooting led to a crash in Lawndale on the West Side.

Two people in the Kia were killed, police said. The Cook County medical examiner's office has not released their identities or disclosed the cause of death.

Four people fled from the Chevy and have not been caught, police said.