'Let us in!': Tensions run high at vigil for Richard's Bar stabbing victim in River West, suspect still not in custody 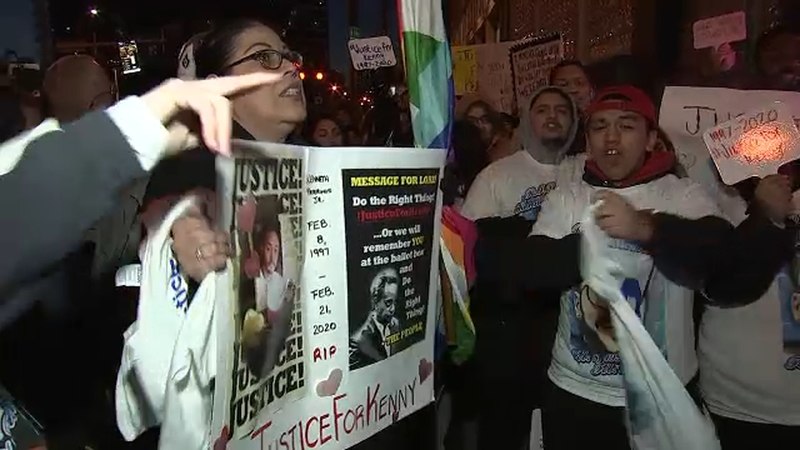 'Let us in!': Tensions run high at vigil for Richard's Bar stabbing victim

CHICAGO (WLS) -- Tensions ran high at a vigil for a stabbing victim at a bar in the city's River West neighborhood Tuesday night.

Kenneth Paterimos, 23, was killed in a stabbing outside of Richard's Bar in the 400-block of North Milwaukee Avenue on February 21.

Family, friends and members of the community gathered outside Richard's Tueday evening to call for justice in his death. At one point people started beating on windows and doors, chanting "Let us in!"

Police said Paterimos had gotten into an argument with a 30-year-old man just before midnight. Paterimos was then stabbed several times in the arm, neck, and back, according to police.

He was taken to a hospital, where he later died.

Police arrested the 30-year-old man at the scene but he was released without charges several days later. Saturday, police re-issued a warrant for the suspect's arrest, but will not comment until the arrest warrant is served.

As of Tuesday, the suspect was not in Chicago police custody.