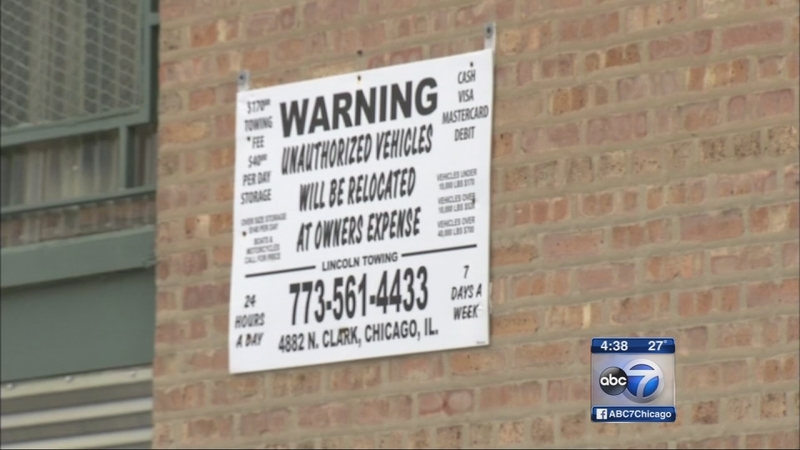 CHICAGO (WLS) -- The tactics of a notorious Chicago towing company are angering both residents and politicians on the city's North Side.

No one likes a tow truck driver. That's a given. But one Chicago tow company is in the spotlight after an online petition calling for its business license to be suspended garnered more than 2,800 signatures in one week.

"I'm hoping the system will change. It's about time they mend their ways," said Aileen Manipol.

Manipol's car was towed from her building's lot on January 29. After tracking it down, Lincoln Towing told her she was parked illegally two buildings down. Except that Manipol has been out of the country for several months and only just came back to Chicago.

"It was a lie. It's here. It's been parked here. For almost for months, it's there. And it's the designated spot given to us by our landlord," Manipol said.

Her car was returned five days later, along with an emailed apology, but only after Manipol's alderman got involved.

The company refused to comment Monday. But critics say Lincoln Towing has a long history of improperly towing people's cars. Steve Goodman wrote a song about them back in 1972.

"Hey, tow 'em away, the Lincoln Park Pirates are we! From Wilmette to Gary, there's nothing so hairy, and we always collect our fee," the song says.

Lincoln Towing's practices have even caught City Hall's attention. Two Chicago aldermen are planning to introduce a resolution this week that would compel the company to testify before the council.