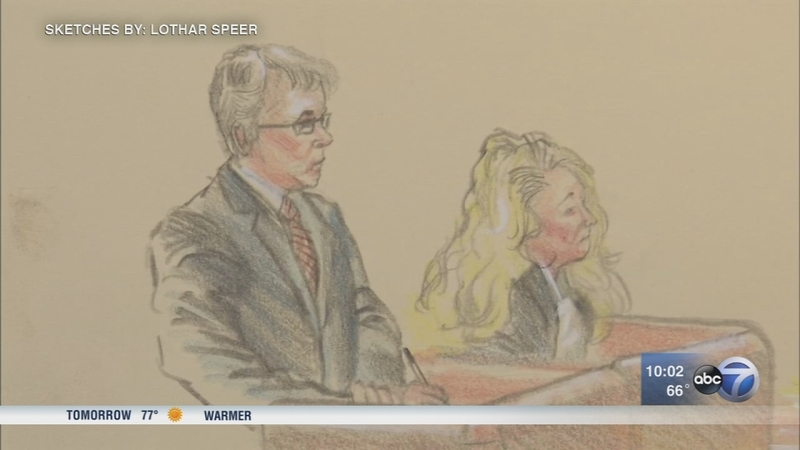 LINCOLNWOOD, Ill. (WLS) -- A 16-year-old girl was charged with first-degree murder in the stabbing death of an Uber driver in north suburban Lincolnwood.

"We're horrified by these reports and our thoughts are with those impacted. This type of violence has no place in our society. Our trust and safety team is looking into these reports, and we stand ready to assist law enforcement in their investigation. While the individual identified by police has driven for Lyft, there was no ride at the time of the incident."
Related topics:
lincolnwoodmurderlyfthomicideteenuberstabbing
Copyright © 2022 WLS-TV. All Rights Reserved.
RELATED
Suspect in custody after man fatally stabbed in Lincolnwood
TOP STORIES
9 shot, 2 fatally, on Near North Side
Officer relieved of powers after teen carjacking suspect shot: CPD
United cancels couple's flight, charges $4K more for same seats
Wild shootout at 7-Eleven store caught on video
City Council to take up ordinance on curfew changes
Val, Ryan talk prom season, athlete battling Parkinson's disease
Illinois reports 4,692 new COVID cases, 11 deaths
Show More
Chicago Weather: Hot with showers, storms Friday
Marine veteran seriously injured in Irving Park hit-and-run
PGA Championship picks, predictions with ESPN Chicago's Randy Merkin
Teen shot and killed in vehicle on Far South Side ID'd by ME
Celebrate National Streaming Day with Hulu for $1/month for 3 months
More TOP STORIES News