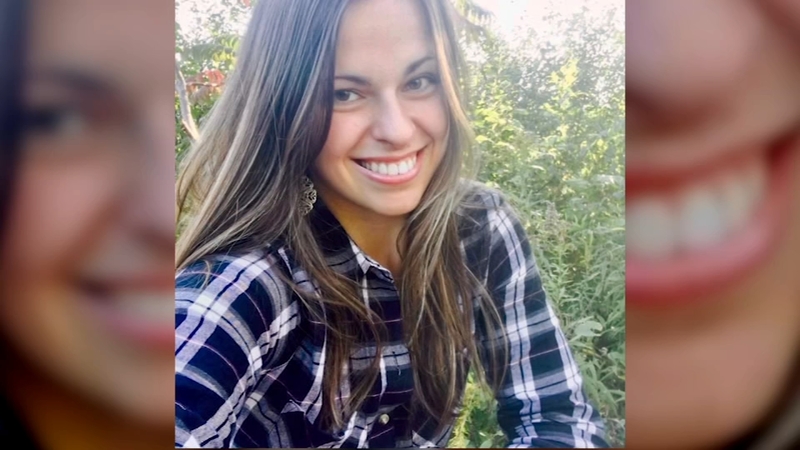 CHICAGO (WLS) -- Family and friends are mourning the tragic death of a founding member of a Chicago-based country music cover band, Dixie Crush.

Lindsey Lagestee, 25, of South Holland, was struck and killed by a vehicle on February 14, as she made her way to a concert at Firewater Saloon in the Mount Greenwood neighborhood.

Lagestee was grabbing a microphone out of the backseat of her car on Valentine's Day when police said an elderly driver traveling westbound on 111th Street struck her.

Lagestee was transported to Advocate Christ Hospital in Oak Lawn in serious condition, and later died at the hospital.

Lagestee's mother Linda said Lindsey sang her heart out every time she got on stage.

"She said that music is your soul, heart and life," Linda said. "She felt so good when she was singing. It took all of her cares away."

Lagestee's family was waiting for her to show up to the Valentine's Day performance on the night of her death.

"This happened when she is supposed to be working and settling down to live her life," Linda said.

In her 25 years, Lindsey accomplished more than most people do in a lifetime.

She had her doctorate in pharmacy, connecting not just with those in her audience but her patients too.

"She cared about everyone, no matter who they were. People at the show, customers at the window. Everyone knew how she really cared,' Lindsey's mother said.

The band, which formed in 2015, is also mourning her death.

"Above and beyond her beautiful voice, Lindsey just had a way of connecting with every audience leaving an indelible impression," the post said. "Not only would she give an amazing performance, but after every show, Lindsey would come offstage, take time to meet anyone who wanted to say hi, take pictures, and build friendships."