Lisa Stebic's family marks 10 years since her disappearance from Plainfield 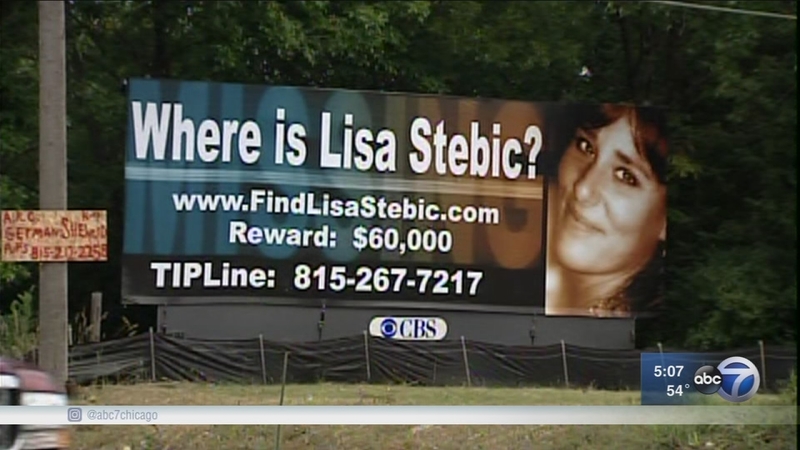 Her family said they are losing hope that police will solve the mystery. Some cases, such as the Brown's Chicken murders, were solved years later and that gives them small hope.

However, anniversaries are difficult reminders about the lack of justice.

"We don't have a grave, we have no way for us to mourn and honor her on a day like this," said Melanie Greenberg, a spokeswoman for Lisa Stebic's family.

A mother of two, Stebic was reported missing by a Plainfield neighbor May 1, 2007. Her family said that despite the lapse of time, they are no closer to closure than they were a decade ago.

"It's going to take somebody stumbling upon her body possibly or someone speaking out, someone may know something and finally speak out and get that closure we need," Greenberg said.

Stebic's husband, Craig Stebic, has been the sole person of interest in his wife's disappearance. She was last seen on the same day her divorce attorney sent her husband eviction papers.

"It was as if she vanished of the face of the earth, her car was left in the garage, her purse and wallet went missing with her, but there was no activity on phone, credit cards from the moment she went missing," Greenberg said.

Massive searches and publicity around the disappearance halted after several other high-profile cases in Will County, including Christopher Vaughn, the father who killed his wife and three children, the Lane Bryant murders and the case that captured the most headlines -- the disappearance of Drew Peterson's 4th wife Stacy Peterson.

"There is limited time and limited resources, limited money, I don't know what might have happened, but it is frustrating," Greenberg said.

Greenberg said the anniversary is even more difficult because Craig Stebic cut off his wife's family from having a relationship with the Stebic children, who are now age 20 and 22.