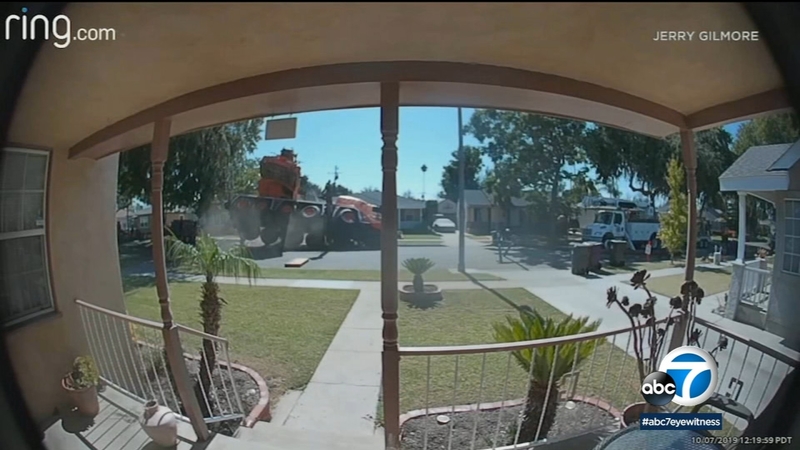 LONG BEACH, Calif. -- New video from a doorbell camera shows a crane toppling over, striking multiple homes in Long Beach, California and leaving a homeowner injured after being hit by falling debris.

The Ring video shows a Southern California Edison truck lurching over on its side before crashing down between two houses.

The power company says a contractor was replacing overhead lines when the crane toppled over around 12:30 p.m. Monday in the 300-block of 61st Street.

Pastor Carl Kromminga was in the patio of his Long Beach home when it happened.

"We were refilling the generators and just heard this loud bang and it was almost like someone hit me in the back of the head with a baseball bat," Kromminga said.

He said he didn't know what hit him, but it wasn't long before he realized he was bleeding.

"I didn't know if it was one of the telephone poles or if the crane had come down or what. All I could see was that the roof over my patio had collapsed and missed crushing me," he added.

Kromminga spent the night at the hospital, requiring several stitches on the back of his head.

Power has since been restored for about 6,700 customers in the area.