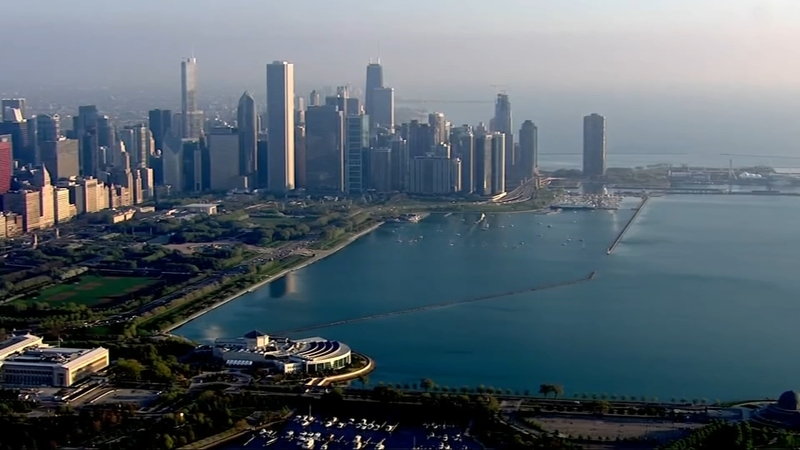 CHICAGO (WLS) -- Where you live in the City of Chicago correlates with your access to internet, according to new research by the University of Chicago's Internet Equity Initiative.

"When the internet was built, it was built as a luxury good. It's not a luxury good anymore. It's an essential public good," said Nicole Marwell, Internet Equity Initiative principal investigator.

The team reviewed data from the American Community Survey between 2015-2019 and found that the North Side has the highest rate of internet connectivity.

The Loop came out on top with 98% of households connected to the internet. Other neighborhoods with the most households with internet access include Near North Side, Near South Side, Lake View and Lincoln Park.

Households on the South and West Sides have the lowest rates in the city.

Burnside ranks at the bottom with just 58% percent of homes connected to the internet. West Englewood, Fuller Park, Englewood and West Garfield Park are other neighborhoods that have the lowest rates of households with internet.

"It became really clear during the pandemic that people who did not have access to internet were falling farther and farther behind on all those dimensions, on education, and work, the ability to visit their doctor," Marwell said.

The digital divide doesn't end with access. Their data also reveals inequities in internet performance in the city.

"One of those things that we have seen is that two users in different neighborhoods, who sign up for the same service plan, can actually get very different performance." said Nick Feamster, Internet Equity Initiative principal investigator.

The team is looking into why that is. Marwell and Feamster said they want their research to be used by government officials to help improve internet access across the city.

"We don't want the continued lack of equity in internet access to be creating greater and greater disparities in terms of people's everyday lives," Marwell said.