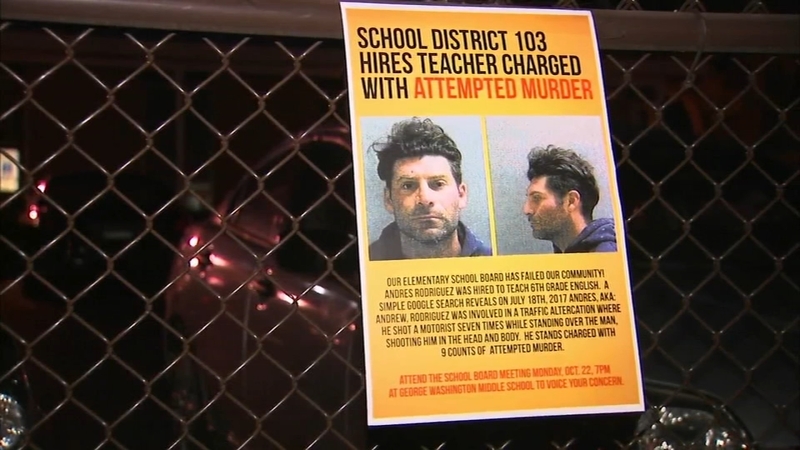 LYONS, Ill. (WLS) -- Parents in west suburban Lyons Township School District 103 are demanding answers after a teacher was hired despite a charge of attempted murder against him. The district has since fired the teacher, but there now calls for administrators to step down.