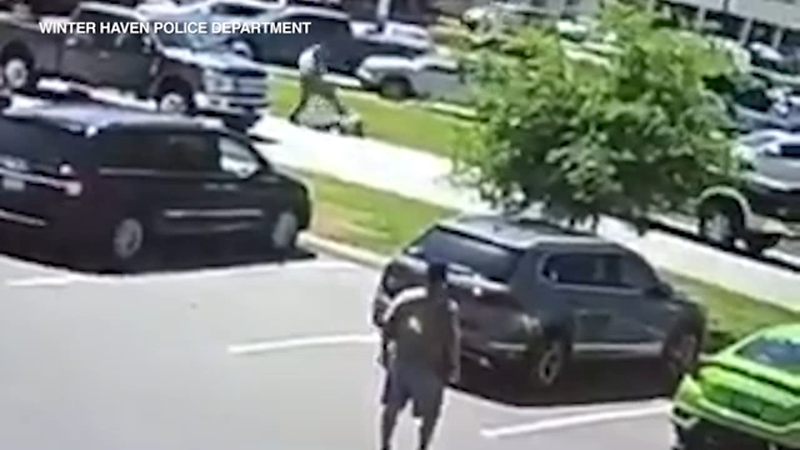 WINTER HAVEN, Fla. -- A man was caught on surveillance video attacking a pedestrian in a Florida parking lot Saturday.

Now, police are asking for help identifying the man they said "pummeled a 73-year-old man."

Police said the victim was walking out of a Publix grocery store in Winter Haven, Florida, just before 2:30 p.m. Saturday. When the man entered the crosswalk, police said a pewter-colored Ford F250 sped by faster than it should have and came very close to the victim.

That's when the victim yelled out to the driver and the truck slowed down, according to police. A verbal exchanged then transpired before the truck continued to drive away.

The victim proceeded towards the exit of the parking lot, where the truck was headed, before the driver stopped again.

When the victim told the driver he was calling police, officials said the suspect walked back over and "pummeled the elderly man."

The driver then allegedly took the cell phone out of the victim's hand and smashed in on the ground, not allowing him to call for help, police said.