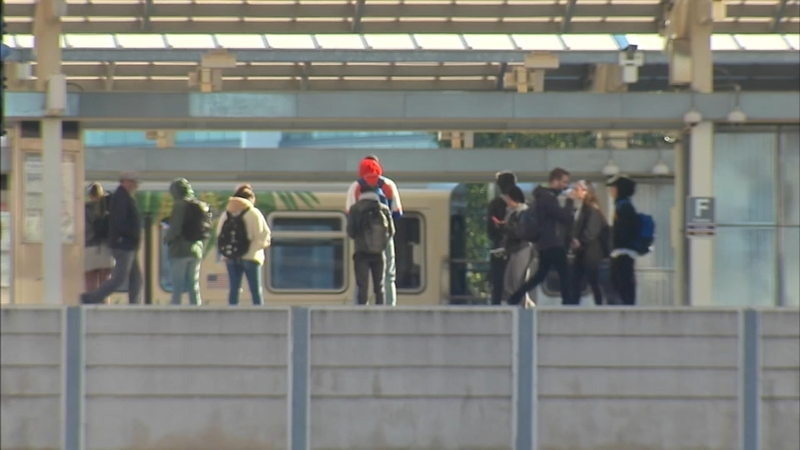 CHICAGO (WLS) -- A man was beaten and robbed on a CTA Red Line train on the North Side Monday morning, Chicago police said.

The victim was on the CTA Red Line train at about 12:53 a.m. near the Fullerton station when a male suspect hit him in the face and took his cell phone, police said.

The suspect took off and is not in custody, police said. The victim did not seek medical treatment.

The Red Line robbery comes on the heels of another violent robbery that happened near the Diversey Brown Line stop. Police say in that incident a 58-year-old man was hit in the head and kicked before the robbery took off with his backpack.

Investigators said both incidents are being looked at for any connection, but it is too soon to say if they are linked.

Riders say they see crime on public transit as a regular occurrence.

"I've seen it on the bus down Cicero and people were like fist fighting on the public transportation and we rely on these things to get to work and school," said CTA rider Yaritza Perez. "It's just crazy to me to see these things."