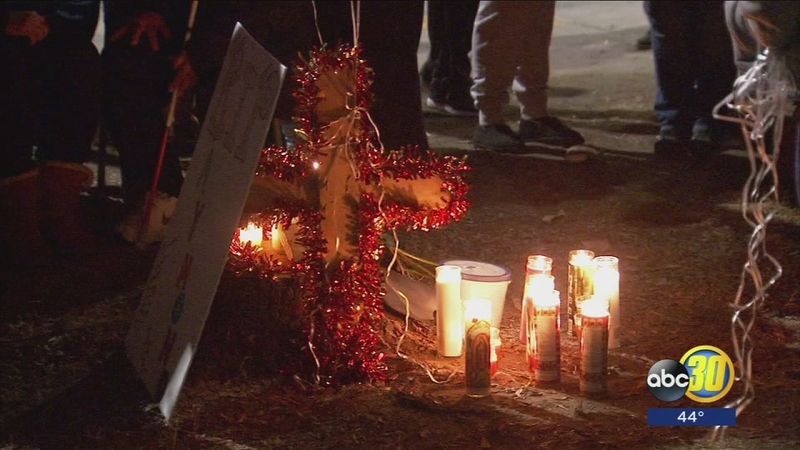 HANFORD, Calif. -- Raymond Romero Jr. was four blocks away from home when an SUV t-boned his family. Police say the two men climbed out, ditched their car on the side of the road. His family says they won't rest until those men are found.

Related: 1 in custody, police still searching for 1 other after deadly hit and run on Christmas in Hanford

"I just want them to know that they've hurt our family deeply and they need to come forward, they really do," said cousin Angelica Valencuela.

When a hit-and-run driver rammed into 32-year-old Raymond Romero Jr. Monday, they killed a son, a fiance and a man just weeks away from the arrival of his third child.

His longtime girlfriend was 9 months pregnant and riding in the car. The crash forced her to get a C-section.

Police suspect two men were responsible for the crash.

Detectives say the SUV they were in ran a red light. After hitting Romero's family, they ditched their car and ran away from the scene.
Romero's girlfriend delivered their daughter Monday night. Romero picked out her name - Eileen.

"She's only going to know him through stories and pictures and us telling her who her dad was. She's never going to see him, hear him, feel his heartbeat nothing," Valencuela said.

Romero's two other children, in addition to a younger cousin, were also injured in the crash.