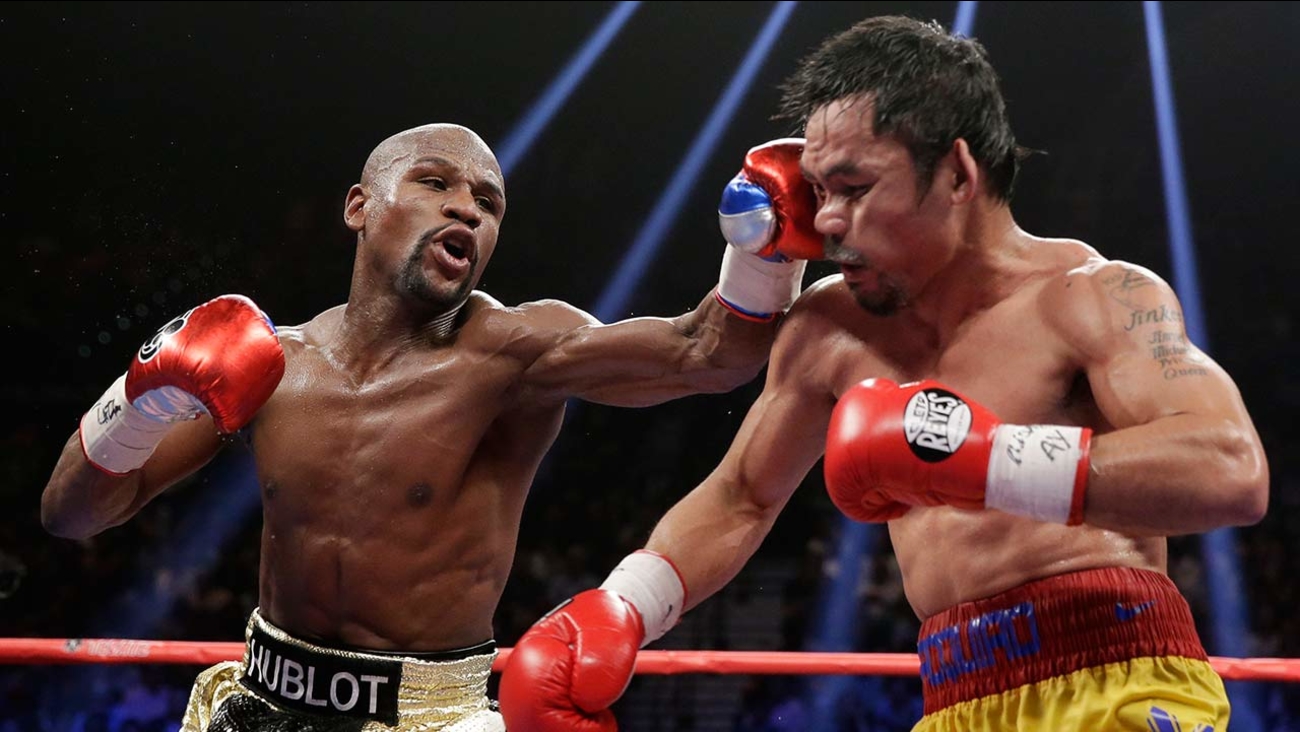 Floyd Mayweather Jr., left, hits Manny Pacquiao, from the Philippines, during their welterweight title fight on May 2, 2015 in Las Vegas. (AP Photo/Isaac Brekken)

CHICAGO (WLS) -- It was billed as "the fight of the century," but many boxing fans are still calling it a big disappointment.

Some are upset that Manny Pacquiao did not publicly reveal he suffered a shoulder injury before last Saturday's fight with Floyd Mayweather.

Several class action lawsuits have been filed against Pacquiao, including one here in Illinois.

Cronin and partner Bob Duncan have filed a class action suit against the boxers, promoters and networks, alleging they had a legal obligation to disclose the injury before the fight so fans could make an informed decision about buying Pay-Per-View.

They are still talking about the fight at Franklin Street Boxing Club, and most of the aspiring boxers believe Pacquaio violated no rules.

"If I'm Pacquaio I think you have to give it your best shot - is he gonna cancel the fight? I don't think that's going to happen," said Ray Pace, Franklin Street Boxing Club.

"As a boxer, why would you want to let your opponent know your weakness?" said Chelsea Rose, a boxer.

Attorneys for Pacquiao call the lawsuit frivolous, and an attorney for the promoter issued a statement saying:

"The allegations in this lawsuit are demonstrably false. There are documents that explicitly show the medications that Manny was using to treat his shoulder and it was fully disclosed with USADA (US Anti-Doping Agency), which we contracted for this fight."

Loyola orthopedic surgeon Pietro Tonino has repaired many rotator cuff injuries. He says Pacquiao likely had no idea how serious his injury was.

"There's really no way to know - first of all, we don't know what was wrong with him until surgery," Dr. Tonino said.

Doctors have reportedly told Pacquiao he needs surgery, which would leave him out of action for up to a year. Mayweather plans to retire after one more fight in September, which means a rematch is unlikely.