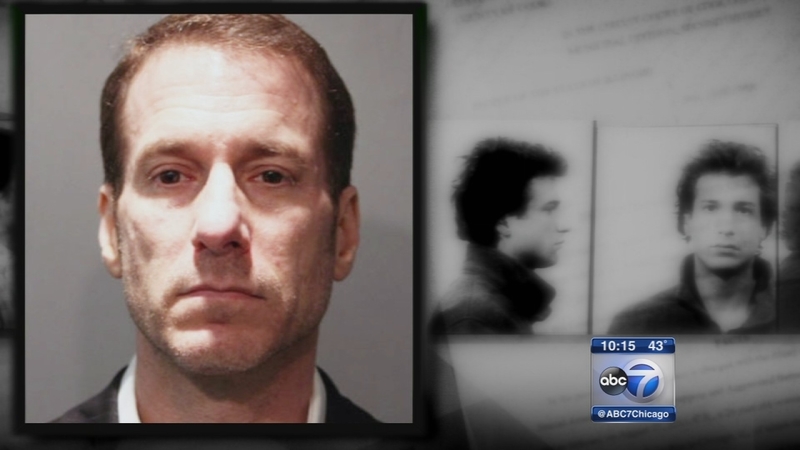 CHICAGO (WLS) -- A Chicago tanning salon owner who authorities contend is a serial rapist is behind bars after he was charged twice this week and once last fall with criminal sexual assault.

Prosecutors say Marc Winner is a "threat to the safety of women", especially those who enter his West Loop business. Now, he has been charged in a third rape case, accused of sexual assaulting a customer in 2012.

The I-Team has learned she is one of at least six women who say they were raped by Winner - and authorities suspect there are others.

One says she's been haunted for nearly 15 years by what happened one night after she ran into him at a north suburban bar and ended up at his tanning salon where she'd been a customer.

"As I walk in I hear behind me, to this day I can hear it, the turn of the lock and my whole body cringed," Lesley Barton said.

Barton says she thinks Marc Winner put something in her drink the night of June 2, 2001. Winner showed up to this neighborhood bar with Barton's neighbor. She said later that night, she left with Winner to get something to eat but that he wanted to stop at the tanning salon first.

"He's like, 'You're not going anywhere,' and he picks me up and throws me down on the tanning bed. He's pulling down my pants as I'm pulling them up and I'm pulling at his hand and the fog is getting stronger and stronger. I kept saying 'no, no means no.' And I'm certain he's going to kill me," Barton said.

ABC7's Chuck Goudie: "What's the next thing you remember?"

"I do recall being raped, I just don't recall how much time it was," Barton said.

Five days later, Barton told Glenview police she was raped by Marc Winner. Prosecutors reduced the charge to battery. Winner pleaded guilty and got two years' probation. Add that to a long list of crimes Winner has committed over the past two decades, including DUI, driving on a revoked license, theft and possession of cocaine.

"The idea that I couldn't get him to be put away and then I knew he was going to hurt someone else, that thought was the worst part of it all," Barton said.

Goudie asks: "They say you're a serial rapist, what about that?"
Winner: "Go [expletive] yourself, leave me alone!"

Winner wasn't interested in discussing his case earlier this week outside court, where he faced a new sexual assault indictment involving a former employee who says she was raped in 2009. After his court hearing on Friday, he was arrested and charged with raping a customer in 2012. Winner is spending the night in the Cook County Jail. He also faces 20 felony counts for allegedly raping a 26-year-old woman last August.

Documents obtained by the I-Team reveal a total of six women who claim they were raped by Winner and another who said he "strangled her" after she escaped his apartment. Winner is not charged in all of the cases, but in these filings, prosecutors say they are trying to show a pattern by pointing out similarities in the women's statements.

A friend of Winner's told investigators he would drive around the city at 3:30 a.m. with Winner looking for "extremely intoxicated women" and lure them into the car by offering them "free tans, drugs and alcohol."

The I-Team spoke with several of the women who say they were sexually assaulted by Winner. Some told us they blamed themselves and said they were too embarrassed to report what happened. Experts say that happens frequently.

"The decision to report is a complex one, it's deeply personal and it involves making yourself incredibly vulnerable," said Sharmili Majmudar, executive director, Rape Victim Advocates.

Jennifer Gonzalez heads the sexual assault and domestic violence division at the Cook County state's attorney's office. She says rape cases where the victim knows her attacker are challenging to prosecute for many reasons.

Lesley Barton says she is still hopeful justice will be served.

"I'm forever changed, I've gotten back to me, but that trusting part, yeah, it's gone," Barton said.

If convicted in the three current rape cases, Winner could be sentenced to a minimum of 40 years in prison. He will be back in court Saturday morning.