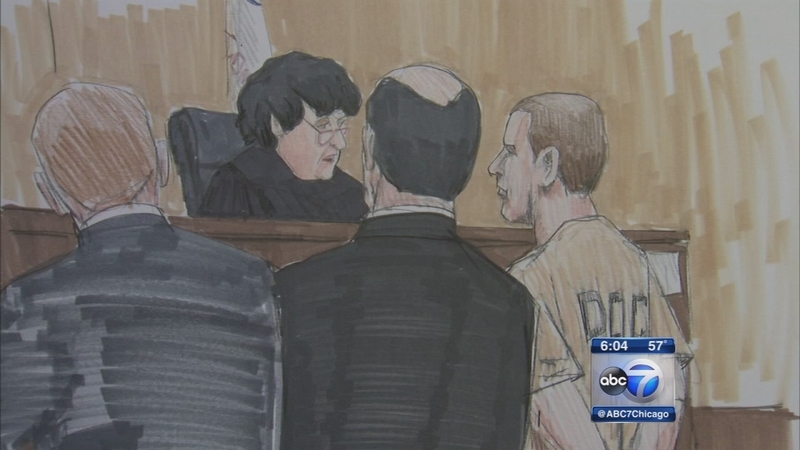 Marc Winner, 45, is accused in three rapes involving customers or employees of his West Loop business between 2009 and 2015. Investigators consider him a serial rapist.

Winner is now in Cook County Jail after a judge denied him bail on Saturday in his most recent rape charge, which landed him jail last week.

On Monday, Winner's attorney said he is "anxious" to get to trial, not just because he's being held without bail, but also because he believes he'll win in court.

Winner made a brief court appearance on Monday wearing county jail clothing. A judge called him a danger. He will be held until at least his next court date on May 20.

"He is sitting in court on a no-bail order and he is certainly anxious to have these issues aired in court, where we think the case will come out in his favor," said Steven Weinberg, Winner's attorney.

Law enforcement officials suspects Winner in at least six rapes from the past 15 years, and they are asking for additional victims to come forward.

The I-Team first reported last week that Winner's sexual abuse of women goes back at least 15 years, according to a woman he was convicted of battering in 2001.

"In the back of my head I'm thinking 'Is this really happening?' You're looking at yourself from the outside in, 'Is this happening? Could this really be happening?" said Lesley Barton, who was attacked by Winner in 2001. "I'm feeling myself going under, he's strangling me so badly that I can't breathe anymore. I'm wondering 'How did 15 years come full circle? And how did it continue to happen? How did no one stop him? How did he stay out of jail considering all of the other things he's done?"

Late Monday afternoon, Winner's attorney said he plans to ask for a reversal of the no-bail decision so that his client can get out of jail.

The fate of Winner's business is also unclear. The landlord at his tanning salon now says he's waiting on legal advice to see how they may proceed.