Excessive force: CPD officer who shot at car full of teens in 2013 sentenced to 5 years 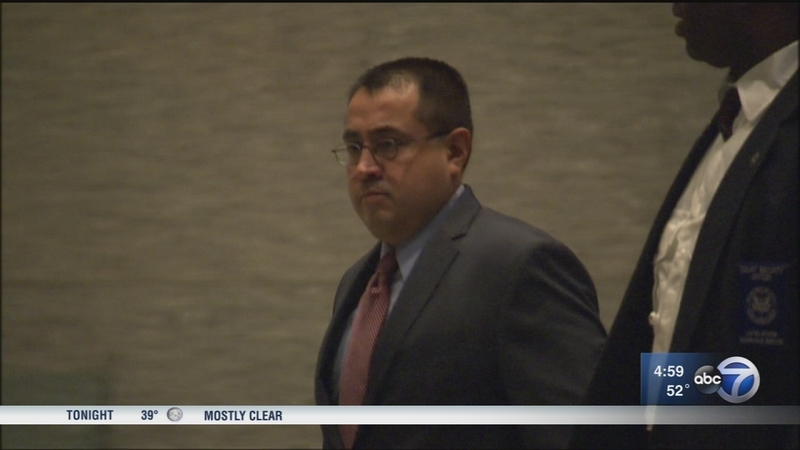 CHICAGO (WLS) -- A Chicago police officer convicted of shooting at a car full of teenagers was sentenced to 60 months, or five years, in federal prison Monday afternoon.

Monday's sentencing for 42-year-old Marco Proano comes three months after he was convicted of using excessive force in violation of the victims' civil rights.

Proanco said he was protecting human life the night he fired 16 shots into a stolen Toyota filled with African American teenagers. On Dec. 22, 2013 he fired into the vehicle as it backed up after being stopped for speeding at West 95th and South LaSalle streets.

Before his sentencing, the 10-year veteran of the Chicago Police Department told the judge he was not hunting for somebody or out to hurt anyone.

Dashcam video was a key piece of evidence in the trial. A jury of nine men and three women deliberated for over three hours after hearing two days of testimony before reaching their verdict.

Judge Gary Feinerman didn't buy Proano's explanation or lack of remorse. Having watched the dashcam police video several times in slow motion, Feinerman said no one was in danger that night. He called Proano's actions a deliberate, reckless attempt to stop the occupants of the vehicle at the maximum force possible.

Before handing down the five year sentence, Feinerman said Proano may have been dressed like a police officer that night but didn't act like one.

Proano's attorney tried to argue he was a scapegoat and a victim of anti-police sentiment following the Laquan McDonald shooting.

"These are difficult times. We recognize the fact that police officers' split-second actions are going to be judged by individuals that have the luxury to look at it through a different lens," said Dan Herbert, defense attorney.

"All that said, this was a case where a police officer knowingly, knowingly violated civil rights of the people who were in that car, on that day," said acting U.S. Attorney Joel Levin.