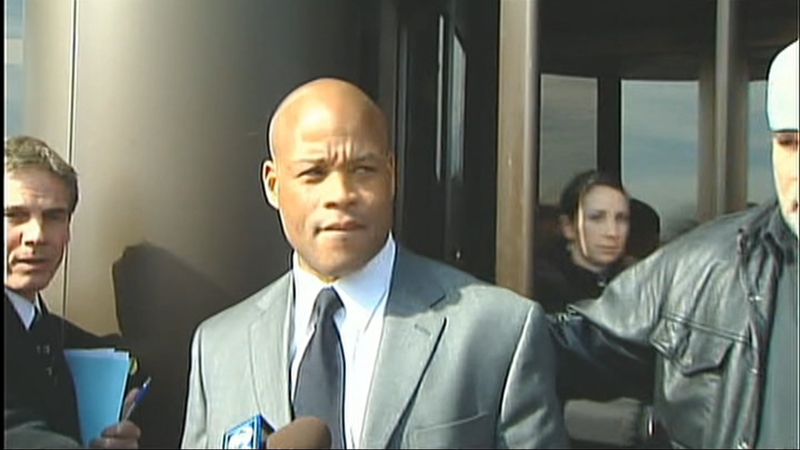 WAUKEGAN, Ill. (WLS) -- Members of Marni Yang's legal team are convinced of her innocence in the 2007 murder of Rhoni Reuter, but they have a long road to try to convince a judge to overturn her conviction and life sentence. Wednesday, for the first time, they questioned the alibi of Reuter's boyfriend, former Chicago Bear Shaun Gayle.

Gayle played 11 seasons with the Bears, including the 1985 Super Bowl championship season. But the former football player was somber when he left court in 2011 following Yang's conviction for the Retuer's murder.

Police dismissed Gayle as a suspect very early in their investigation, but now the attorney and investigators working to overturn Yang's conviction want to know more about the former star's whereabouts in October of 2007.

"Shaun Gayle. He dated Rhoni for 16 years and we're questioning his alibi," said Steve LaPino, MSI Detective Agency. "The timeline just does not add up."

"We're researching what he claimed to be his alibi and we'll turn the results over to the prosecutor to do the right thing with," said Jed Stone, attorney for Yang.

Yang's team is not accusing Gayle of anything; they said they are focused on proving her innocence.

Yang was sentenced to life in prison for shooting Reuter and her unborn baby at point blank range in her Deerfield apartment. Prosecutors played a tape of her confessing the crime to a friend on an undercover recording at trial. Yang's attorneys say the confession was a misguided effort to save her son, who police were also investigating for the murder.

"There isn't a single piece of scientific evidence that leads to Marni Yang," Stone said. "I am convinced that Marni Yang is innocent."

Yang's attorney filed a motion in court Wednesday morning asking for fingerprint evidence from the scene to be run through the federal computer system. Police have already determined the print does not belong to Yang or any of Reuter's friends.

Yang's father, who speaks to her often in prison, said she is hopeful she will have the chance to tell her side of the story.