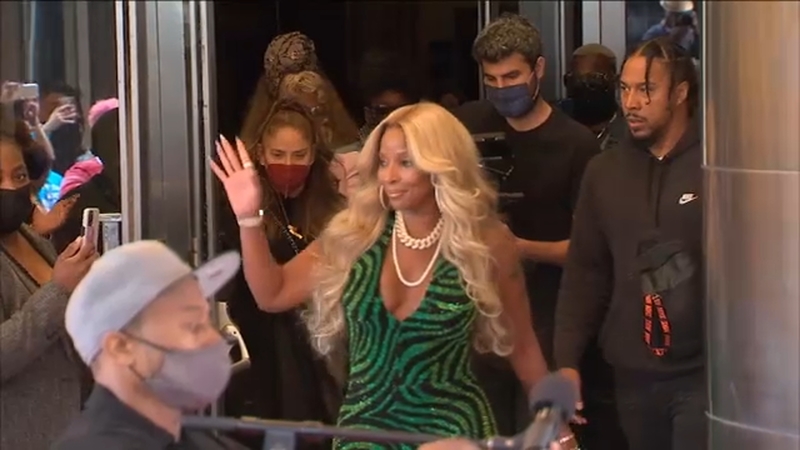 HARLEM -- Hip-hop and R&B queen Mary J. Blige was inducted into the Apollo Theater's historic Walk of Fame on Friday.

While the legendary theater will not reopen for performances until January, the 125th Street was brought to life while Blige met fans as she became an official part of Harlem history.

She joins an iconic line of inductees including Aretha Franklin, Patti Labelle, Ella Fitzgerald, Smokey Robinson and most recently, the original Temptations.

"Miss Blige is more than the queen of hip-hop soul, she is a multi-talented artist who has paved the way for many of the artists we see today," said Apollo producer Kamilah Forbes.

Blige spoke at the induction ceremony on Friday before the Apollo unveiled a permanent plaque to recognize her cultural significance, international success and longevity in the entertainment business.

"None of this is possible without the fans, so thank you to all the fans," she said.

"My very first time performing here at the at the Apollo I was not on stage as myself, I was on stage singing background for Jeff Redd and from there on it was all history, Mary J. Blige history," she said.

With eight multi-platinum albums, nine Grammy Awards (and 32 nominations), two Academy Award nominations, two Golden Globe nominations, and a SAG nomination -- among many other accolades -- Blige has cemented herself as a global superstar.

Blige has a documentary about her life coming out on June 25.