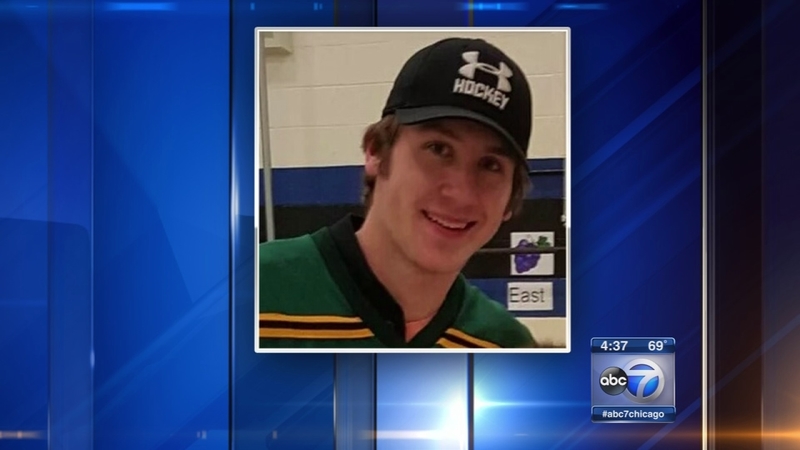 Since then, his family has been embraced by all levels of the hockey world, which have offered moral support and financial help. Olson has a long road to recovery. But his parents say he's up to the challenge.

Doug and Sue Olson spoke publicly for the first time since their son suffered a severe spinal injury. At times, they fought back tears.

"The best way to support my son matt is through your prayers," Doug Olson said.

The junior hockey defenseman fell headfirst into the boards at the Sears Centre Arena and was immediately rendered quadriplegic.

Olson was taken to Lutheran General for surgery and extensive repairs to his spinal cord. Doctors say it's too early to tell whether he will regain the use of his arms and legs.

"One thing I will say is that there's hope. And not just generic hope, because he wasn't severed, his spinal cord is in continuity," said Dr. John Ruge, neurosurgeon.

Matt Olson will also undergo stem cell therapy. He'll be the first spinal cord patient to receive the treatment. But it adds to medical costs that will reach several million dollars over the course of life. That's why his family is grateful for fundraising efforts both in the Chicago area and in suburban Minneapolis, where the Olsons are from.

"Matt's accident is gonna change his life as well as our family's. But continued support that we're getting from so many people is gonna make this possible," Doug Olson said.

Matt Olson's mother says during his time in Chicago when he wasn't on the ice, he spent his time helping the elderly and young people.

Now, she says, his focus is on getting better.

"He has a long journey ahead of him, but we know Matt, the person he is, and that he will face these challenges," Sue Olson said.

Doctors say Matt Olson did not sustain injuries to his brain, another factor that can help in his recovery.