Singer and civil rights activist Mavis Staples is the subject of a new HBO documentary that premiered in Chicago Monday night.

CHICAGO (WLS) -- Legendary gospel singer Mavis Staples is the subject of a new HBO documentary that premiered in Chicago. The singer and civil rights activist walked the red carpet at the DuSable Museum Monday night.

"I don't know which way to turn. I'm so excited, my heart is pounding. It feels wonderful," Staples said.

Despite her excitement, Staples revealed she actually said "no" when a filmmaker first approached her about making "Mavis!" the documentary.

"I've been telling this story for years, but she said, 'Not like this'," Staples said.

Staples, 76, shows no signs of slowing down. Her latest album, "Living on a High Note" comes out next week.

"I should have told Jessica to put at the end of this one, 'To be continued,'" Staples said. "I'm just going on and on and busting moves."

Staples continues to deliver powerhouse performances, just as she did more than 50 years ago with her family's gospel group, the Staple Singers, providing the soundtrack to the civil rights movement.

That rich history and endless energy inspired Brooklyn-based filmmaker Jessica Edwards to make the Chicago-native the subject of a new documentary.

"You walk into a room with Mavis and she's like your grandma in 10 minutes," Edwards said.

Edwards says she was nervous about meeting her idol. The filmmaker wanted to make a documentary about the soul music legend and wondered how Staples would take to the idea.

"When we started talking about her legacy and family's legacy, especially pops and the music, I think she started to see the picture," she said.

That was three years ago. Since then, their project has resulted in Edwards' first full length documentary, titiled "Mavis!"

Edwards, who's based in Brooklyn, made many trips to Chicago to interview Staples and other musicians who are frequent collaborators and friends, like Jeff Tweedy of Wilco.

"Bonnie Raitt, Bob Dylan, and Prince is in the movie and Chuck D and we got to speak with Julian Bond, the civil rights activist, before he passed," she said.

Edwards says she grew up listening to Staples and her family's gospel group, the Staple Singers. The group put music to the civil rights movement and influences future generations of artists.

"The reason I was so attracted to Mavis and was so enamored by her was who she is now and that vitality and music she's making that's so important," she said.

Edwards says Staples was forthcoming about her many life experiences in the film, including being proposed to by Bob Dylan.

"It's a very sweet and innocent romance. They were both so young," she said.

Edwards says she hopes her film will expose even more people to wide body of Staples' music.

"She is this timeless talent and her voice is so timeless that artists want to work with her," she said.

When Edwards took the documentary to the South by Southwest Film Festival last year, it received a standing ovation. The documentary will air on HBO February 29. 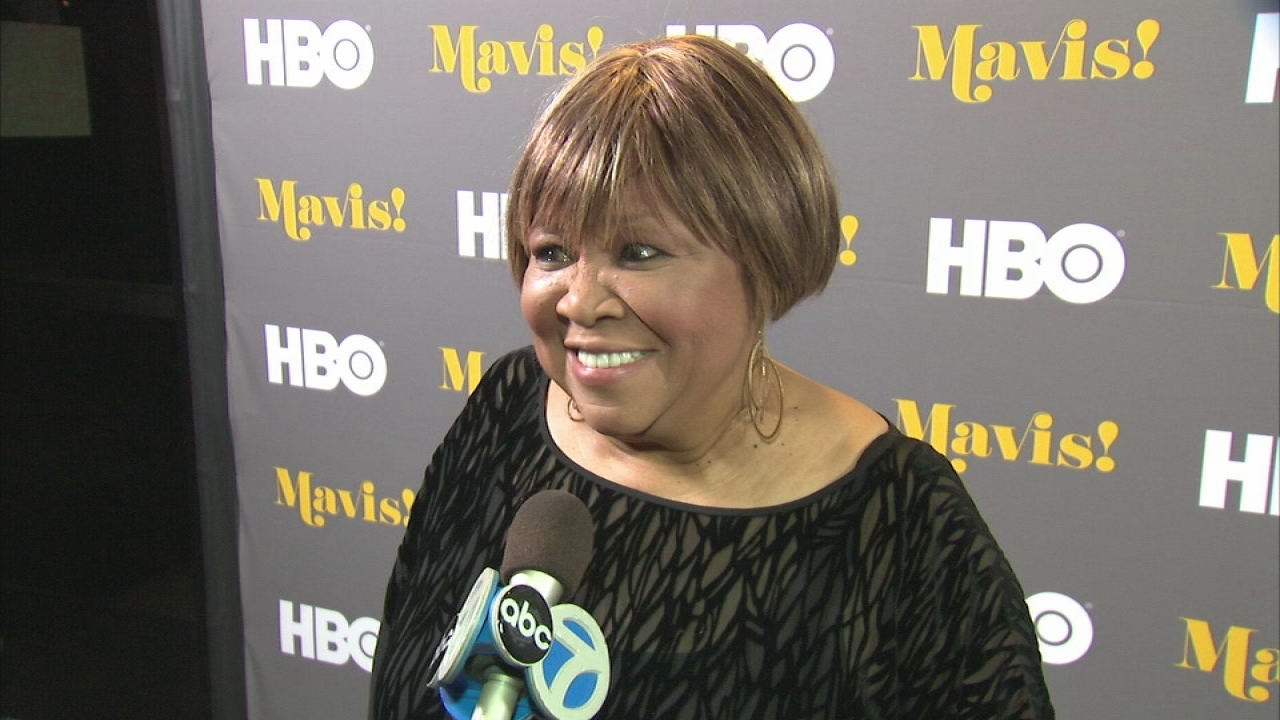