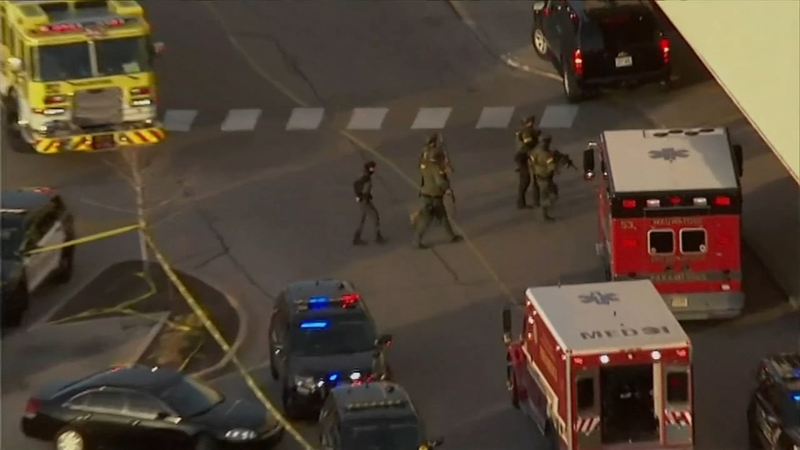 WAUWATOSA, Wis. (WLS) -- Seven adults and one teen were injured in a shooting at a suburban Milwaukee mall Friday, according to police.

Emergency crews are responding to the Mayfair Mall in Wauwatosa, Wis., west of Milwaukee. WISN reports that there was a shooting inside the mall.

Police say by the time they arrived, the shooter was no longer at the scene. No motive for the attack has been released.

Police say preliminary statements from witnesses indicate that the shooter is a white man in his 20s or 30s. Investigators are working on determining the identity of the suspect. Any information reporting the shooter's identity at this time is false, police say.

Officers from Wauwatosa, Milwaukee, the Milwaukee County Sheriff's Office, the FBI Milwaukee bureau, State Patrol and other agencies all responded to the scene and are aiding in the investigation.

The victims' exact condition were not immediately known.

Wauwatosa Mayor Dennis McBride told ABC News:
"The Wauwatosa Police Department is currently involved in an active shooter incident at Mayfair Mall in Wauwatosa. Through the WPD's Public Information Officer, more information will be released as if becomes available and is confirmed. Multiple injured victims have and are being transported from the north end of the Macy's Department Store. None of the victims' injuries appear to be life-threatening. The perpetrator is "at-large" at this time. There are approximately 75 police officers on scene at this time. It will take time to provide additional, and perhaps, more accurate information, but information will be provided as it becomes available."

Those who are looking to reunify with anyone who was at the Mayfair Mall should go to the reunification area, located at the At Home store at 3201 N. Mayfair Rd, officials say.

Police are asking residents to use alternate routes to get through the area as they actively investigate the incident.

The Mayfair Mall is operated by Chicago-based Brookfield Properties. Brookfield spokeswoman Lindsay Kahn said she couldn't provide any details yet about Friday's incident but did release a statement:

"We are disheartened and angered that our guests and tenants were subject to this violent incident today. We are thankful for our partners at the Wauwatosa Police Department and we are cooperating with them as their investigation develops. At this time, we need to direct you to WPD for comment."

Macy's also released a statement regarding the incident:

"We are saddened about the incident tonight at Mayfair Mall, as the safety of Macy's customers and employees is our top priority. We are working closely with the Wauwatosa Police Department and local officials on this investigation and defer all comments about the case to local authorities per policy."

Wisconsin Governor Tony Evers posted on Facebook saying in part, "Our hearts go out to those who were injured in the shooting at Mayfair Mall today"

Mayfair Mall will remain closed Saturday, Nov. 21. The crime scene is active and police ask members of the public to stay away from the area to keep the scene secure during the investigation.