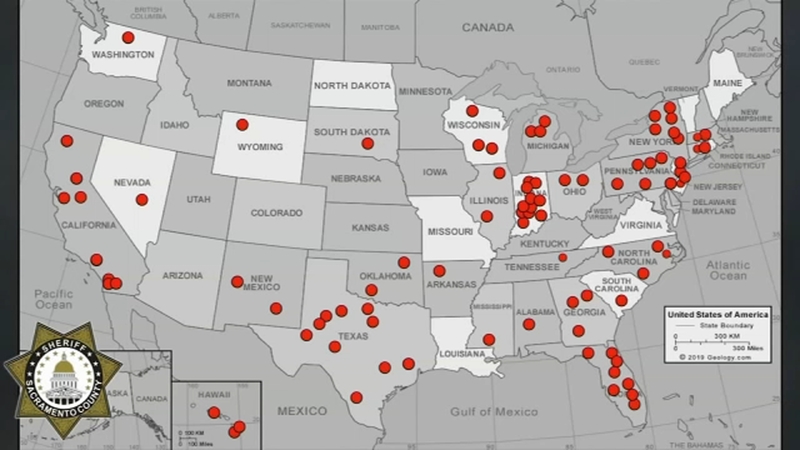 SACRAMENTO, Calif. -- A suspected serial child predator is in custody in California.

Police said he had at least 80 victims around the country, including at least two from Illinois, and there could be more out there.

"It would be hard to even paint the total picture of the devastation this does to young victims," said Sgt. Rod Grassmann, with the Sacramento County Sheriff's Office.

Demetrius Davis, 24, is accused of posing as a young girl named "Lizzie" online, KXTV reported. He allegedly convinced children between the ages of 6 and 13 to produce child pornography and send the material to him.

Two of the alleged victims are in Illinois. One is in McHenry County.