Students will be out of school again Tuesday in suburban McHenry as a teachers' strike enters its fourth day.

MCHENRY, Ill. (WLS) -- Students will be out of school again Tuesday in suburban McHenry as a teachers' strike enters its fourth day.

A school board meeting held Monday night was only supposed to last an hour, but supporters for both sides turned out in large numbers for a chance to sound off.

"I often find myself wondering if student growth is ever on the minds of board members. After all, none of you have students in the district, so this strike is no sweat off your back," said Kim Qualls, a McHenry resident.

"People that I work with around the country laugh at me when I tell what I pay in taxes in McHenry. Please, school board, stay the course," said John Mercurio, a McHenry resident.

Monday night's meeting came on the heels of a 12-hour bargaining session; teachers and the school board at odds over insurance contributions and the size of raises.

"We can fight about salary. The point is, you are being offered a raise, which is unheard of," said Lisa Schaak, a McHenry resident.

"The district is not running a deficit. Nor would it be if the board accepted our offer," said Ryan Ellison, a teacher.

Teachers walked off the job last Thursday, affecting more than 2,600 high school students. As time passes, student athletes are increasingly concerned about practices missed and games that could be canceled.

With their teachers on the picket line, high school students take over a McHenry park trying to get their own practices in. Football players spend their free time playing touch, while the varsity girls tennis team practices on public courts nearby.

"We have conferences coming up soon, so we are trying to get some practices in event though we can't play at the school," says Rachel Gallat.

With the strike going into its fourth day, football players know there is a chance their Friday homecoming game will be canceled because they will not have enough school practices to play.

Despite a 12-hour negotiating session yesterday, McHenry High School District 156 teachers and the school board remain far apart, even as both sides remain hopeful. Salary and insurance contributions are the main sticking points.

"We are still talking and sharing proposals with both sides," says Heidie Dunn, spokesperson for the teacher's union. "I think that is a good sign."

"Everyone is trying to be creative now, so that is helping, but we still haven't narrowed down an exact path," says Gary Kinshofer of the District 156 school board.

At least for now, many students support their teachers' willingness to walk off the job, even if it means missing homecoming this weekend.

"It doesn't really matter to me," says Natalie Altore. "As long as they are happy, I'll be happier."

"To be honest, I could care less about homecoming," says Gallat. "I really want what is best for the teachers and I really want for them to get what they deserve."

At the conclusion of Monday night's school board meeting, both sides returned to the bargaining table. Even if an agreement is reached overnight, there will be no school on Tuesday. 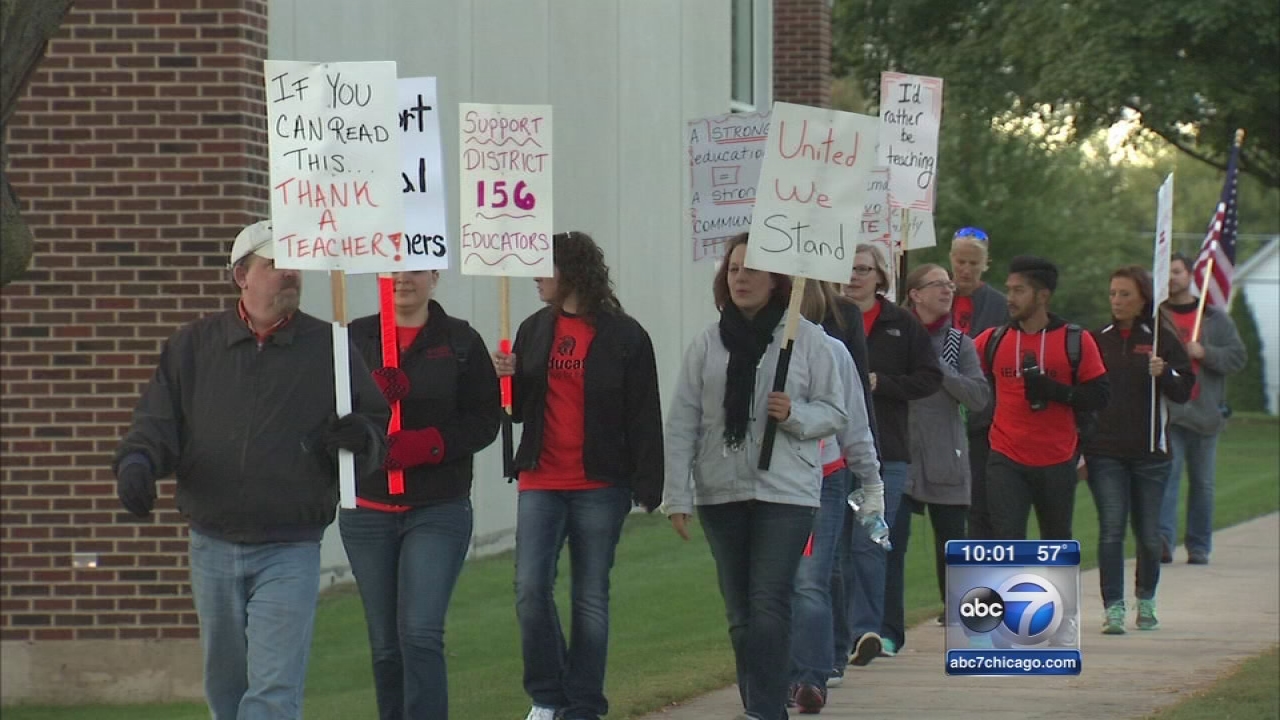 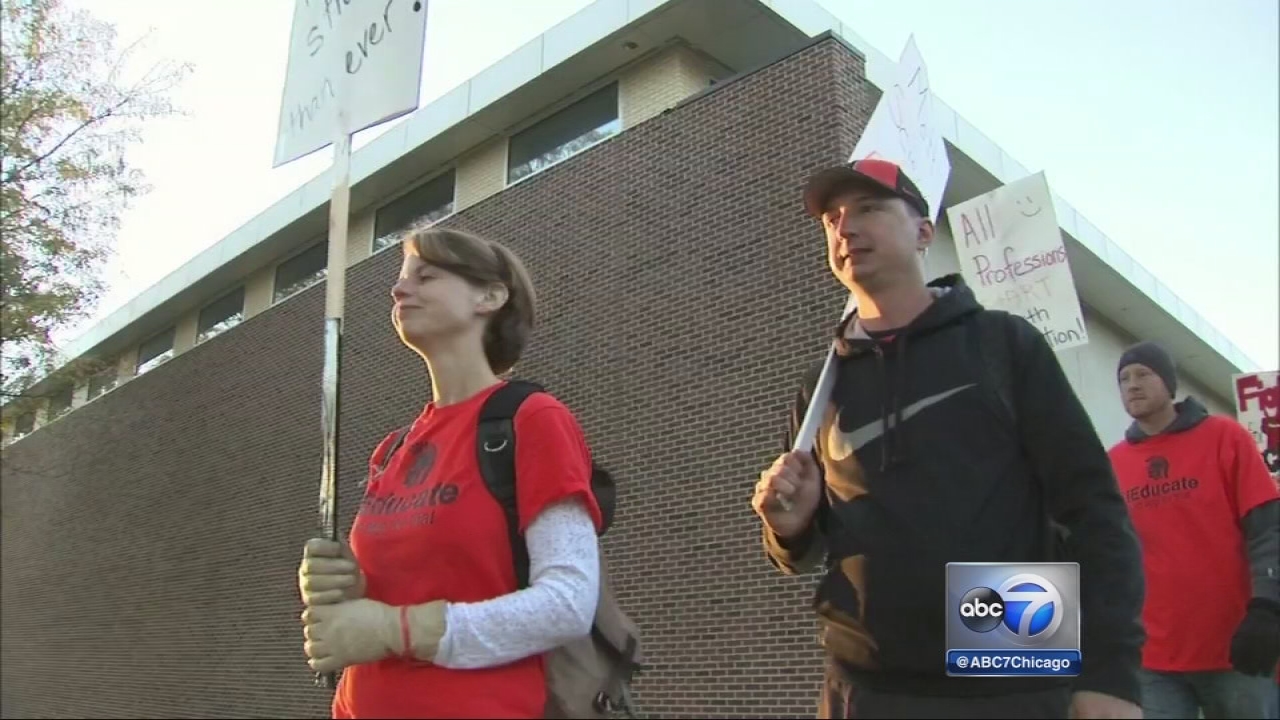