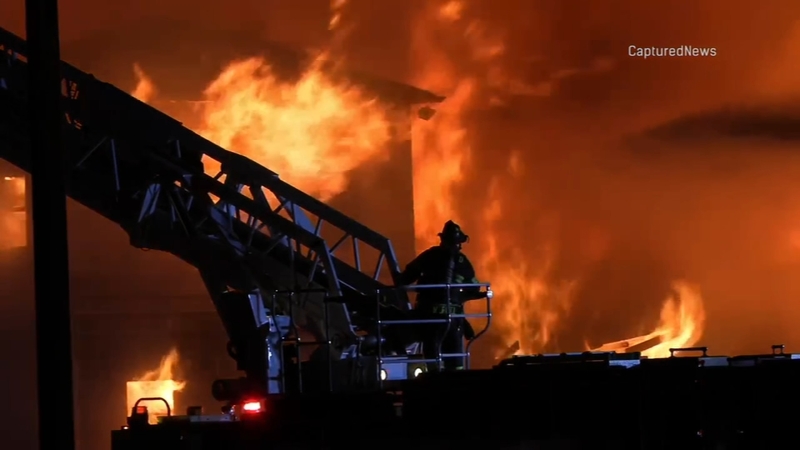 McHenry, Ill. (WLS) -- A huge fire broke out Thursday night at the site of the former "Just For Fun" roller rink in north suburban McHenry.

More than ten hours after the building was first reported on fire, flames were still visible inside the structure of former roller rink.

Fire crews spent much of the night fighting the fire after being called to the scene just before 10:30 p.m. Thursday night.

High winds fueled the fire to spread more quickly. By 11:00 p.m., the roof of the two-story structure had collapsed.

The Just For Fun roller rink was nearly a century old, built in 1926. The owners closed it last fall, a victim of the pandemic.

They had hopes of bringing the business back, however, and the fire may have dashed those hopes.

In a statement posted on Facebook, the former owners of "Just for Fun" roller rink said the building was historic and that they were "deeply saddened" by its loss.

Because of the heavy flames and high winds emergency crews closed traffic on Route 31. Fire investigators were on the scene early Friday morning following reports that two men were seen running from the area shortly before the fire began. Investigators have not confirmed the report, but the fire is considered suspicious.