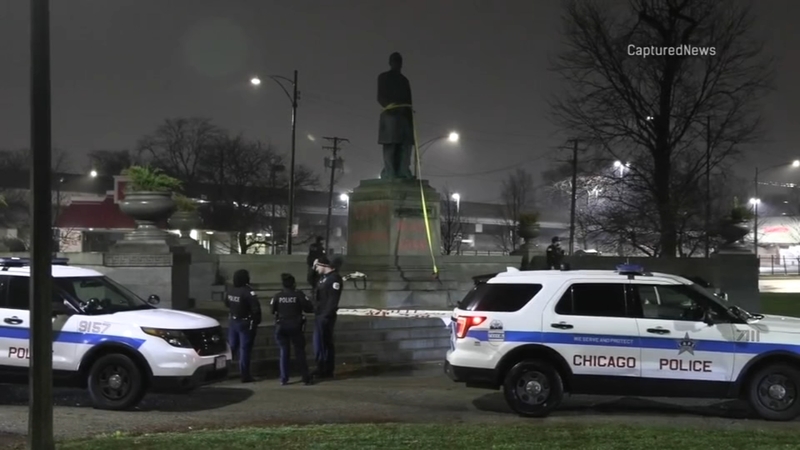 Chicago police said an unknown person or group vandalized a statue on city of Chicago property just before 4 a.m. A rope was thrown around it in an attempt to bring it down with a vehicle, and the statue was spray-painted with graffiti, police said.

No one was in custody later Wednesday, and police did not have a description of whomever committed the act.

The statue is in the 3700-block of South Archer Avenue, and appeared to be a monument to William McKinley in McKinley Park.