Megabus crashes on I-65 south of Indianapolis; 19 hurt 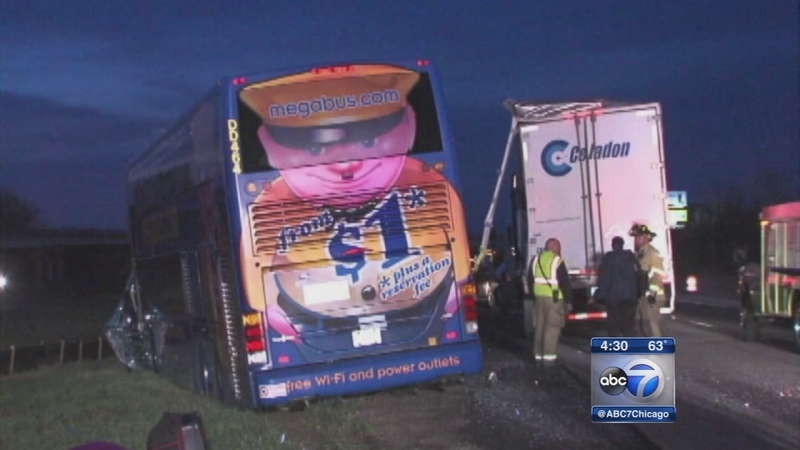 Megabus crashes in I-65 in Indiana

EDINBURGH, Ind. (WLS) -- A Megabus traveling from Chicago to Atlanta crashed into a semi stopped for construction on southbound I-65 near Edinburgh, Ind., about 35 miles south of Indianapolis, beginning a four-vehicle chain reaction that injured 19 people.

Indiana State Police responded to the accident at the south end of a construction zone around 5:30 a.m. Monday. Construction vehicles moving from the right lane to the median near the 83.5 mile marker forced traffic to slow down.

Police said the Megabus driver failed to stop before colliding with the rear end of the semi stopped in the left lane. The impact pushed the truck into an orange 2003 Chevrolet SUV, and pushed the SUV into agold 1999 Nissan.

"There were a couple of people who were trapped," Marguerite Welter, a passenger on the bus from Chicago, told WRTV-TV. "They couldn't get out so that made it difficult. The bus driver was trapped in there, because the front of the bus was completely gone."

There were 63 passengers on board the bus at the time of the crash. State police said 19 people were hospitalized for non-life-threatening injuries. The victims reportedly suffered broken bones and cuts from broken glass.

"The glass was everywhere. My seat cushion threw me three seats to the front," passenger Vanessa Simmons told WRTV-TV.

"It seemed like traffic may have been slowing," said Kelvin Lee, a passenger from Atlanta, told WRTV-TV. "I couldn't tell how fast but it felt like there was a braking action going on and then suddenly a collision."

The driver, Kimberly Lane, 49, from Dolton, Ill., has appropriate licenses and was not issued any citations. According to the Illinois Secretary of State's office, she received her commercial driver's license and passenger endorsement for the first time in July 2003.

"We're not exactly sure the direct correlation of the backup," said Indiana State Police senior trooper John Perrine, "but there was a backup because of construction."

This is the third Megabus accident on I-65 since October. Indiana State Police continue to investigate, but at this point say the Megabus accidents are not related, adding that this accident has more to do with construction and traffic.

"Safety is our number one priority and Megabus is fully cooperating with the authorities with their investigation into the incident," Megabus spokesman Sean Hughes said in a statement.

The passengers on the bus have either gotten on other buses, some back to Chicago and others to Atlanta, or flown to their final destinations. 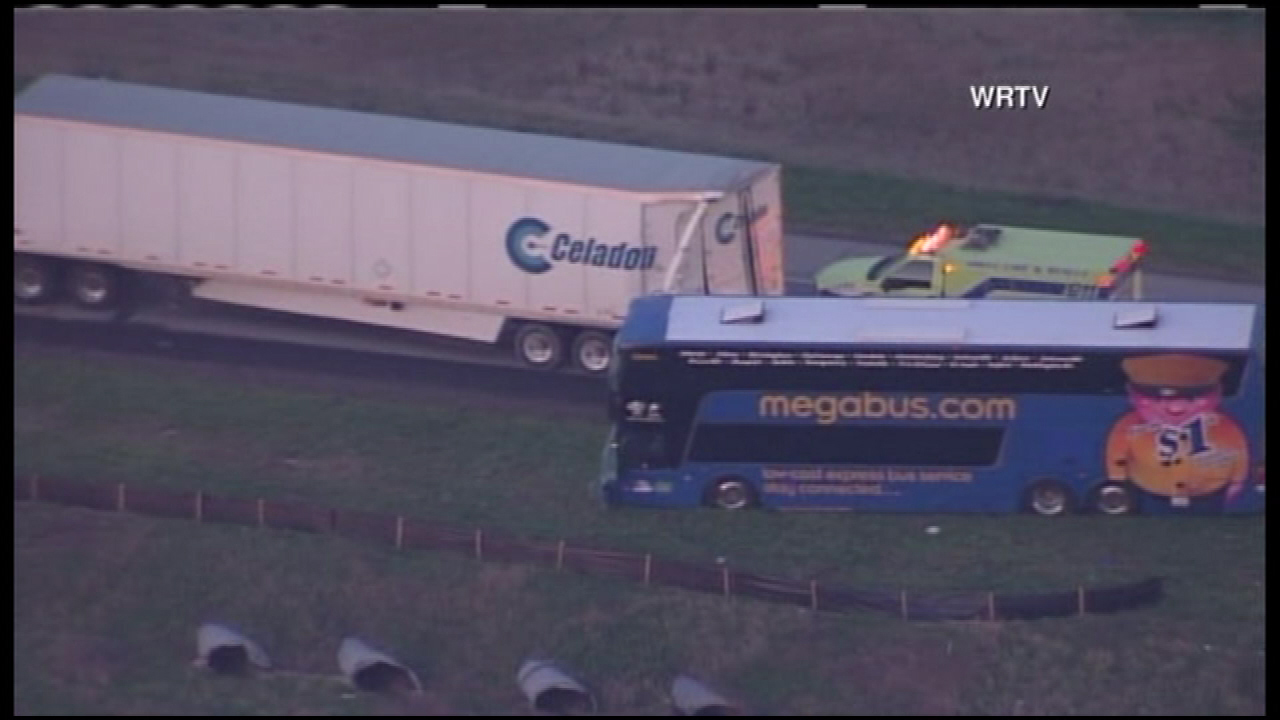