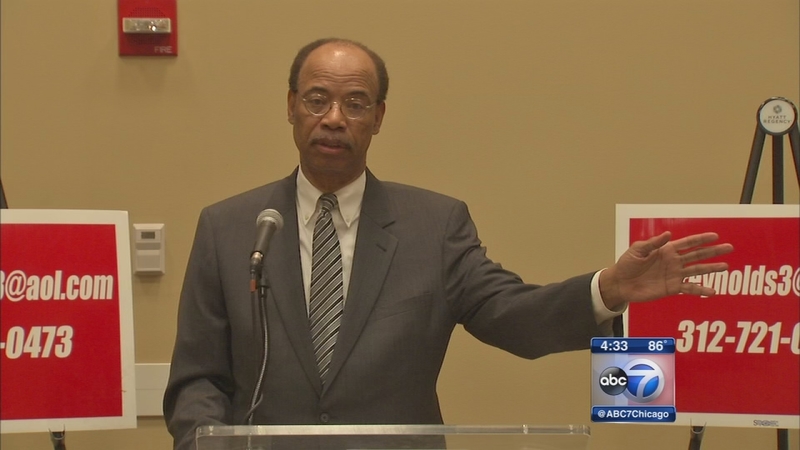 CHICAGO (WLS) -- Former U.S. Rep. Mel Reynolds is blaming a prominent Chicago businessman for his tax problems. He said Wednesday he will plead not guilty to federal charges he failed to file income tax returns from 2009 to 2012.

Reynolds says he was offered a deal from the federal government to plead guilty to one misdemeanor count of failing to file tax returns. But, the 64-year-old says he refused and is determined to prove his innocence by going to trial.

"The narrative has been that somehow I didn't pay my taxes, I didn't file. By going to trial, this will set the record straight," Reynolds said.

Reynolds says the charges stem from a business relationship he had with South Side businessman and major Democratic Party donor Elzie Higginbottom.

Reynolds says Higginbottom hired him to look for business opportunities in Zimbabwe, but Reynolds says nothing panned out. He claims the only money he received from Higginbottom was for expenses and gifts for education.

"Also on occasion, he gave me money to give my daughter and son for school. He did help with my children's school," Reynolds said.

Reynolds claims none of the money was classified as income.

"I was told this money was for expenses and you don't have to worry about taxes," he said.

Reynolds current legal problem is the latest setback for the once-rising star in the Democratic Party. The Harvard-educated Rhodes Scholar served years in state and federal prisons for sex abuse charges and for campaign and bank fraud. Reynolds has tried to make political comebacks, including unsuccessful runs for Congress. In 2012, he ran under the slogan "redemption." Now, Reynolds says he is looking for fairness.

"I'm going to fight this case," he said.

Reynolds will be fighting the case with a new attorney. After Reynolds chose to hold a press conference Wednesday, his lawyer told Reynolds he can no longer represent him.

ABC7 reached out to Elzie Higginbottom but has not received a response.

Reynolds is scheduled for an arraignment Thursday in federal court.