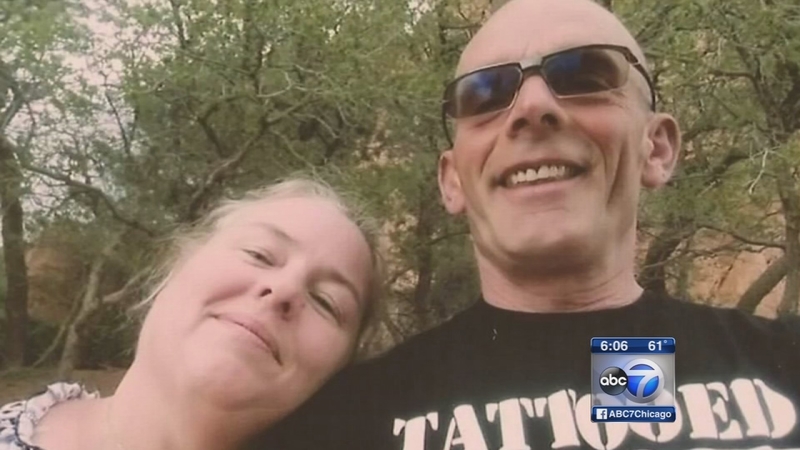 Authorities have said her husband killed himself rather than have their charity ripoff scheme exposed.

It's an oddity, that on the face of it, sounds like a conspiracy of one.

Conspiracy charges have been added to the financial crimes that Melodie Gliniewicz was already facing. Legally, a conspiracy takes two people agreeing to commit a crime. In this case, only one person is charged after authorities say her co-conspirator, Fox Lake Lt. Joe Gliniewicz, committed suicide and left his widow holding the legal baggage.

Joe Gliniewicz killed himself and tried to cover it up last fall, prompting a frenzied search for a cop killer who never was. His wife was the tearful widow.

Four months later, she was indicted as an accomplice to G.I. Joe's thefts from a police youth program that the two of them operated.

She originally was charged with six counts of felony money laundering and the misuse of charitable funds - the only person charged with any crimes connected to a case that required thousands of police hours and millions of tax dollars to investigate.

A Lake County grand jury indicted the 51-year-old Melodie Gliniewicz with two counts of conspiracy to commit money laundering and one count of conspiracy to disburse charitable funds for personal use.

The funds were supposed to educate and train young people with an interest in law enforcement.

Under illinois law a conspiracy does require an agreement with another person making a plan to commit a criminal act; and one person doing something to further the crime. However, the state law does not require a case against both conspirators, so even with Lt. Joe Gliniewicz dead, his wife can be charged with a criminal conspiracy they both allegedly carried out.

ABC7 legal analyst Gil Soffer said that conspiracy charges could be easier to prove than the others she faces, especially if prosecutors have email and text messages. Soffer says they can then establish the conspiracy.

Melodie Gliniewicz's attorneys say she is completely innocent of all charges and that she looks forward to proving her innocence.