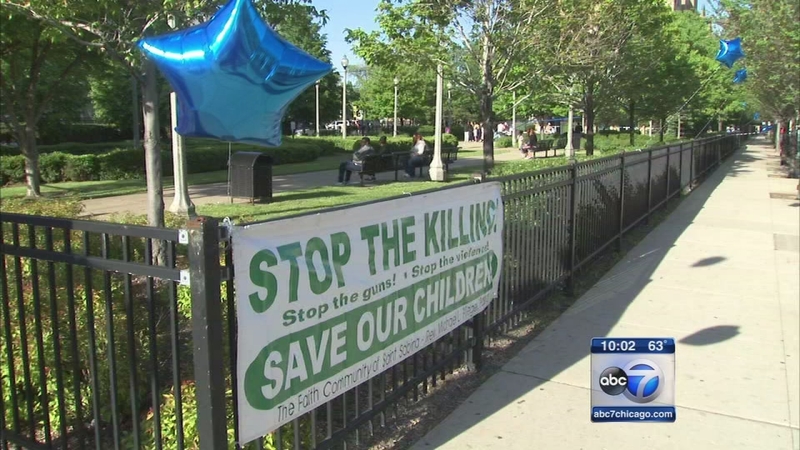 After a 14-year-old was gunned down Thursday night it appears Chicago went 42 hours without a shooting, but that streak came to an end Saturday afternoon when two people were shot near Ogden Park.

Rarely is there a 42-hour period in Chicago without a shooting, particularly at the start of a warm holiday weekend. Some activists are crediting Chicago Police and community efforts with starting to pay off.

"Maybe it's beginning to change, maybe this thing's going to turn around," said Father Michael Pfleger.

Saturday evening mass at St. Sabina Church Saturday night is a time to celebrate a victory over violence, even if for less than a 48-hour period. Father Pfleger believes it's significant.

"The weather was beautiful, a holiday weekend on a Friday night. All the ingredients for what we've become used to for double-digits were right there, and it didn't happen," he said.

It certainly didn't happen near St. Sabina, where about 500 people gathered for an anti-violence block party, enjoying music, food and fellowship. It was one of numerous gatherings around the city Friday night, all aimed at sending a message of peace at the beginning of a warm holiday weekend. Mayor Rahm Emanuel spoke at several of them.

Other pastors, including Corey Brooks, and former basketball star Isaiah Thomas were out encouraging people to put down their guns. And while efforts like these often seem to fall on deaf ears, for some reason Friday night they worked.

According to Chicago Police, there were no deaths or injuries as a result of gunfire from 10 o'clock Thursday night until about 4:00 Saturday afternoon. One later died.

Father Pfleger says no one expected the non-violence streak to continue indefinitely. He wants to believe maybe the police and community efforts are starting to make a difference.

"We need to celebrate the good news. The city should feel good because last night, said what the city ought to be and got to be. A night where we don't wake up to look at statistics," he said.