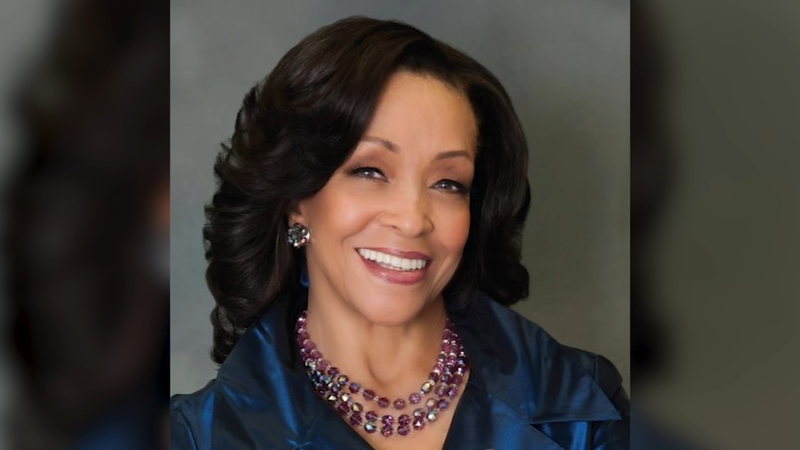 CHICAGO (WLS) -- Legendary Chicago broadcaster Merri Dee has died at age 85. Her family says she passed away peacefully in her sleep overnight.

The local television star worked on-air for WGN-TV in the 70s and 80s and later served as the station's director of community relations.

In 1971, Dee and a guest on her show were kidnapped while sitting in her car outside WSNS-TV studios. Dee was made to drive to a remote location and both she and her guest, amateur psychic Alan Sandler, were both shot in the back of the head.

Sandler was killed in the attack and Dee nearly died. Dee recounted how she survived the terrifying ordeal during an appearance on "Windy City Live" in 2013.

During a 2013 appearance on "Windy City Live," Merri Dee shares how she fought for her life after she was kidnapped and shot outside a Chicago TV studio in 1971.

Samuel Drew was later convicted in the attack. Her near-death experience inspired her to become a strong voice and advocate for victims of gun violence.

"One person really can make a difference. I was angry when he [Drew] received a 120-year sentence. After 12 years he was getting out of jail," Dee said. "I thought, well, I'm just not going to stand for this."

Dee lobbied state and city politicians and assisted in the passage of Illinois' first Victims Bill of Rights law, legislation that has served as a model for other states.

"I really stand here at this anchor desk because I stand on her shoulders," ABC7 anchor Cheryl Burton said. "For every little Black girl that wanted to be Merri Dee, she gave us that inspiration, that hope, and the empowerment that anything is possible when you saw her on television."

Her website, merridee.com, will be updated with funeral arrangements and memorial service information in the coming days.

Family statement:
With great sadness,our family announces the loss of our beloved matriarch,
the brightest light in our lives, Merri Dee, who died peacefully in her sleep at home. As you can imagine our family is simply heartbroken and ask for privacy at this time.

Chicago's Very Own, Merri Dee, was a one-of-a-kind legend. From WGN staff announcer to hosting parade telecasts, telethons and even the Illinois Lottery drawings, she was synonymous with WGN-TV. She was groundbreaking in the broadcasting field and an inspiration to several generations of young women. Among her greatest legacies as Director of Community Relations, she spoke at thousands of events and helped raise over $30 million dollars for WGN-TV Children's Charities, benefitting various organizations throughout Chicagoland. Merri Dee was a pioneer who will be greatly missed.

Statement from Mayor Lori Lightfoot:
Amy and I are deeply saddened to learn of Merri Dee's passing.
Mrs. Dee was a homegrown, broadcasting legend whose time as an anchor and radio and talk show host made her a beloved, local celebrity. In addition to her television and radio work, she also made a huge impact on communities across our city and state through a number of philanthropic pursuits that reflected her passion for protecting vulnerable individuals such as children in need of adoptive homes. Mrs. Dee has truly made a positive and indelible mark on our city and inspired countless others to follow in her footsteps. We offer our deepest condolences to her loved ones during this difficult time.
Report a correction or typo
Related topics:
societychicagolooptelevisioncelebrity deathsobituary
Copyright © 2022 WLS-TV. All Rights Reserved.
CELEBRITY DEATHS
Fred Ward, 'The Right Stuff' and 'Short Cuts' actor, dies at 79
Ashley Judd opens up on losing mother to 'disease of mental illness'
American country music singer, songwriter Mickey Gilley dies at 86
Mike Hagerty, 'Friends' and 'Somebody Somewhere' actor, has died
TOP STORIES
Mother charged after student, 7 injured when gun goes off at school
NY teen found dead in SC after 13 years; Sex offender charged
Man, 19, charged in Lincoln Park Chicago shooting, robbery
COVID reinfection likely to become more common, experts say
Chinese plane crash that killed 132 possibly intentional: US officials
New Jersey beach sand collapse leaves teen dead, sister injured
Chicago Weather: Rainy, cooler to the north Wednesday
Show More
Pentagon now reports about 400 UFO encounters: 'We want to know wha...
Lightfoot defends Millennium Park youth curfew after 'Bean' shooting
IL Facebook users could see payment soon from $650M settlement
Why your summer vacation is costing more this year
Chicago's 22nd Police District hosts first-ever 'wellness fair'
More TOP STORIES News