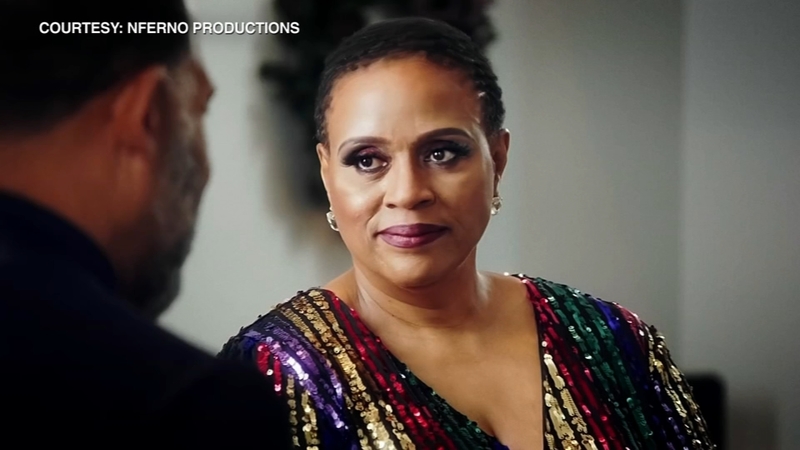 The first film, shot in Chicago, is called "Merry Switchmas." It's about a mix-up between two sets of twins who are in love during the holidays.


"In this film I am messy," Camara said with a laugh. I've never played a diva before. I don't want to give too much away, but I will say this: I have two love interests. No one but two. First time ever in a movie."

The second is another locally-done holiday film called "A Christmas Wish." Both are directed by Chicago's Christopher A. Nolen.

"Aw man, Thea's my girl," he said. "That's my sister. I love working with Thea. I think we've done seven or eight projects together. She is amazing. All I can do is say nothing but great things about here."

Nolen also had nothing but good things to say about shooting in Chicago, with Chicago people.

"I'm bored and raised South Side of Chicago, 'the wild hundreds,' so it's in my blood, it's in my spirit that I have to give back," he said. "I want to show us in appositive light."

"Like Chris, Chicago is my home. I was born and raised on the West Side of Chicago," Camara agreed. "No one can tell our stories like we can. We live our stories."


"I'm just really excited for people to see not only my work, but the work of the ensemble cast," Camara added.

Right now they are in the middle of making a brand new Chicago Christmas movie that's schedule to run next year on BET+ and yet another is coming after that.

"They call me 'Mr. KOC.' I want to keep living that up," Nolen agreed.