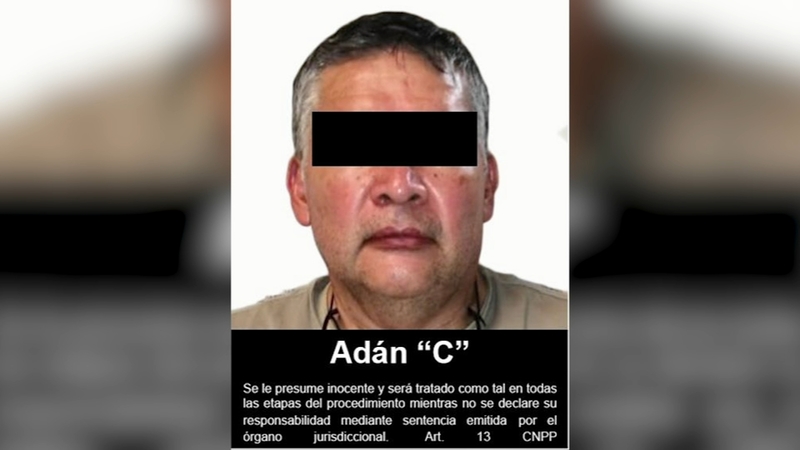 CHICAGO (WLS) -- An accused drug cartel boss is locked up in Chicago on trafficking charges, but it is what he's not charged with that is the most brutal part of the case.

Forty-three students in Mexico vanished back in 2014; their disappearance was tied to a blood-thirsty drug cartel known as the Guerreros Unidos. Even by the standards of the drug cartel business that is built on violence and death, it is an especially haunting case.

Now, the alleged leader of that cartel is in Chicago being held on trafficking and money laundering charges.

Casarrubias Salgado was extradited to Chicago and is now being held at the Metropolitan Correctional Center.

Salgado, famously nicknamed "El Tomate," is charged with overseeing a heroin distribution syndicate here and was brought from Mexico to face charges in Chicago.

The I-Team recently spoke with Bob Bell, the Drug Enforcement Administration Special Agent in Charge of the Chicago field office, about the challenges in 2022 of controlling cartel trafficking here.

"I would just simply say that in the United States, we have our work for certain laid out before us and our challenges and we need to do everything we can to be as effective as efficient as possible to protect the safety and health of the public. And DEA has a very significant foreign footprint. We have offices in many countries and that does help us work efficiently and effectively to share information about drug organizations when they reach over boundaries," Bell said.

Guerreros Unidos is renowned for enforcing cartel rules by savagery, including its favored and final tactic: beheadings.

There have been protests and demands for justice since 2014 when 43 teaching students disappeared in Mexico at the behest of Salgado's brother and other cartel bosses, according to authorities. Investigators said the order was possibly given when they mistakenly crossed paths with a cartel heroin shipment bound for Chicago.

Salgado has entered a plea of not guilty and has a court date in mid-June.