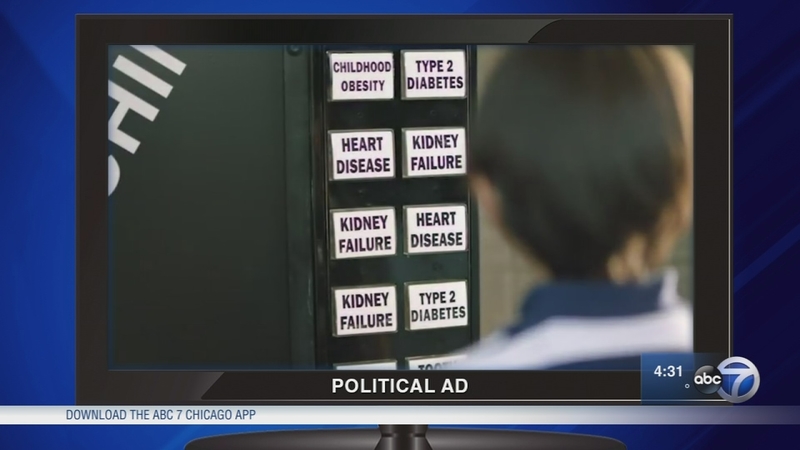 This is not the first time Bloomberg has put his money behind soda taxes. He supported efforts in Cook County when the issue was first being pushed last year, and he's done the same thing in other cities.

But opponents of the tax are calling it outside meddling.

The Bloomberg ad promotes the tax for its health benefits, which was the way it was originally pitched by Cook County Board President Toni Preckwinkle. She would later admit it had a lot to do with the need to raise money to balance the budget. The tax is projected to bring in $200 million a year.

Preckwinkle is counting on the ad to help diffuse some of the negative backlash.

"We are grateful that a strong public health advocate like Michael Bloomberg is willing to help counter the misinformation we have been battling for months. Big Soda and their allies have spent freely since last year fostering a message that distracts from the real health concerns related to their products," said a spokesperson for Preckwinkle.

"I think at the end of the day it doesn't matter what ads are put up there, people understand this tax, they understand how expensive it is, they understand how much it ads to their grocery bill and they're very upset about it," said Tanya Triche Dawood with the Illinois Retail Merchants Association.

For many business owners, sales are down significantly.

"Though the temperatures are in the 80's, the only thing that is selling is water," said business owner Jay Patel.

But while consumers may never support the soda tax, it may not hurt Preckwinkle so much that voters can her in next year's election.

"But I expect her popularity to go back up and the challengers she has are not strong enough so far to be able to unseat her," said Simpson.