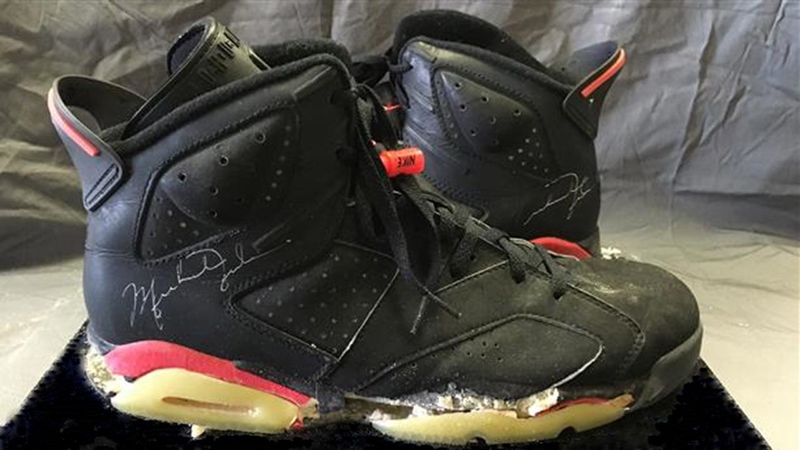 CHICAGO (WLS) -- Michael Jordan was all smiles as he left court Friday evening, thanking a jury for awarding him $8.9 million from the parent company of the now-defunct Dominick's grocery chain.

"I'm very happy with how the courts decided the case," the Chicago Bulls legend said. "It was never about money. It was all about just protecting my name and my likeness."

At the center of the lawsuit was a 2009 magazine advertisement, which featured Jordan's name and jersey number, congratulating him on his induction into the basketball hall of fame. There was a $2 Dominick's steak coupon printed at the bottom.

A judge had already ruled that the grocery store's parent company, Safeway, was liable. However, the jury determined how much Jordan would be paid.

In court, Safeway's attorneys argued the amount should be just under $127,000, fair market value.

But Jordan wanted $10 million, contending that he doesn't do endorsement deals for less than that amount and would have said no to any deal worth less.

In his closing argument, Safeway's attorney said: "We're not running from our responsibility," but added "this case is about fairness." He said the advertisement was a "minimal, one time use" of Jordan's name.

As for that ad, which appeared in a commemorative issue of Sports Illustrated, there was apparent reluctance to tear the pages. The steak coupon was reportedly only used by two people.

"I've got a Michael Jordan Steakhouse over here," Jordan said from the lobby of the federal courthouse in Chicago. "You can go get a steak over there."

Safeway's attorneys left court without comment. Jordan said Friday all the money will be donated to charity. He didn't specify which charity, but said he'd like to keep the money in Chicago.