Michigan shooting victims: What we know about the 4 Oxford High School students killed 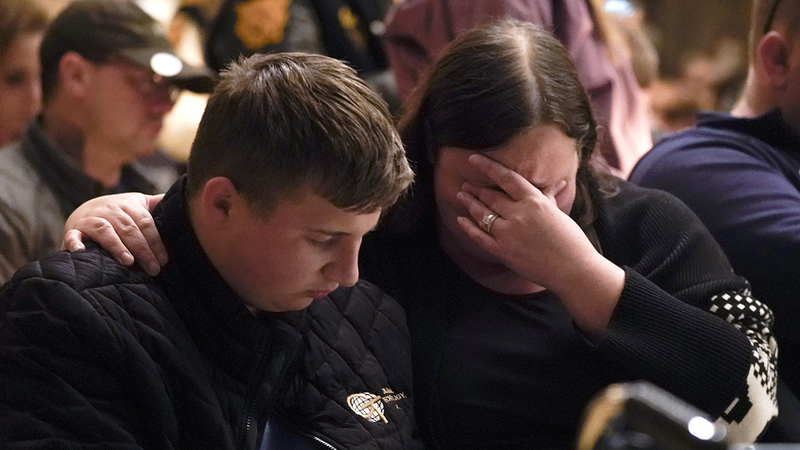 OXFORD TOWNSHIP, Mich. -- A Michigan community is grieving after four students ages 14 to 17 were killed in a school shooting on Tuesday.

Seven others, six students and one teacher, were shot at Oxford High School in Oxford Township. Some are critically hurt. The suspected gunman, a 15-year-old student, is in custody.

Here is what we know about the lives lost.

Madisyn Baldwin, 17, and Tate Myre, 16, are two of three students who were killed at Oxford High School yesterday. 14-year-old Hanna St. Julian was the other student. pic.twitter.com/KimaDPyKq7

Madisyn Baldwin, set to graduate this year, loved to read, write and draw, according to clickonDetroit.com.

She had already been accepted to some colleges, including with full scholarships, her family said, according to clickonDetroit.com.

The 17-year-old was the oldest child in her family, with a half-brother and two sisters. Her grandmother said she was looking forward to the future. She described her granddaughter as patient and "so kind." 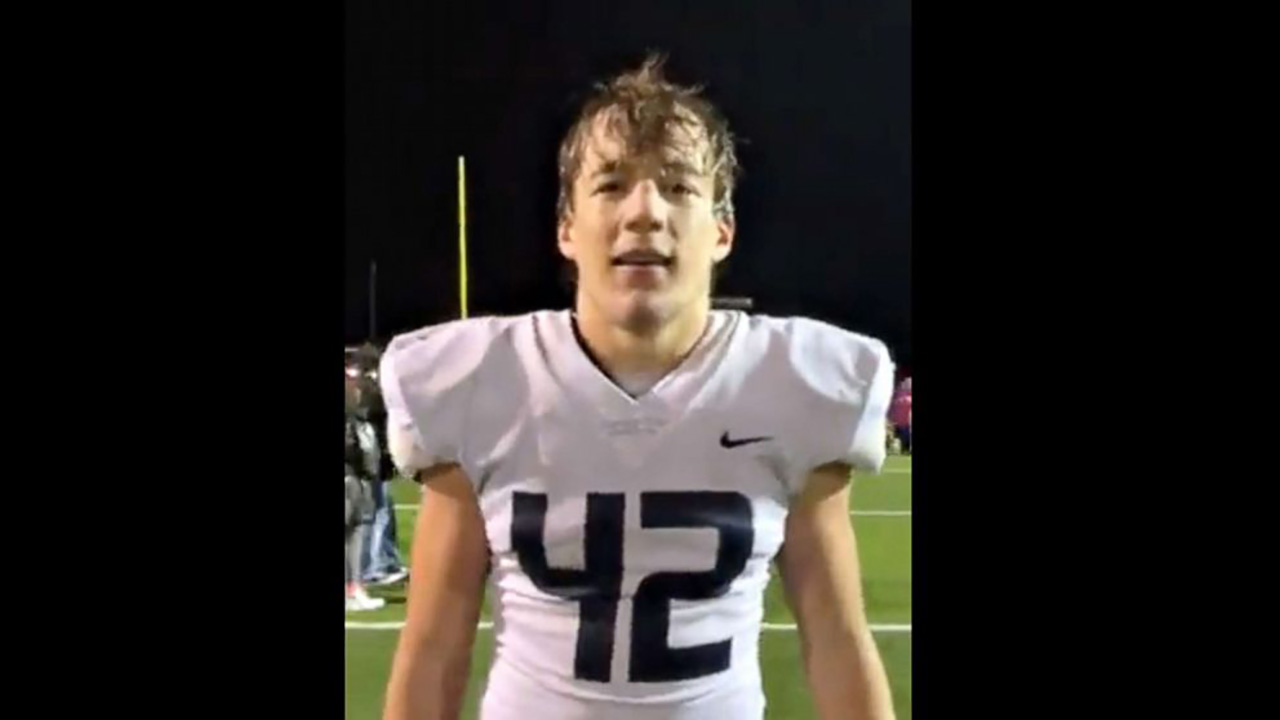 Tate Myre, 16, was one of three students killed during a shooting at Oxford High School in Oxford Township, Mich. on Nov. 30, authorities said.

Tate Myre was an honors student who was "beloved by all" and had a "bright future," the Oxford football team said.

Myre had been on the school's varsity football team since he was a freshman, the team said. 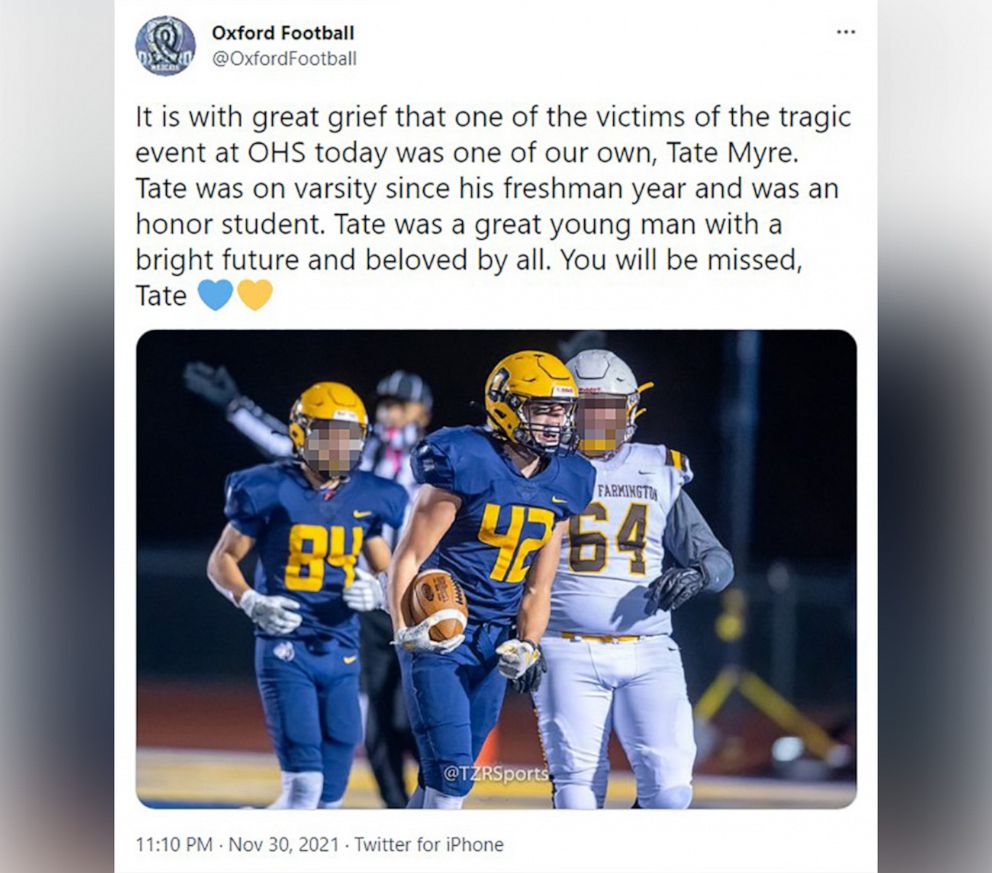 School shooting victim Tate Myre is pictured in a photo posted to the Twitter account of the Oxford Wildcats high school football team on Nov. 30, 2021. (@OxfordFootball/Twitter)

Myre frequently shared video highlights of his play during football games and recently retweeted video from an interview with a site that covers Michigan high school football. Reflecting on an 0-3 start to the season, he said the team worked hard and had to trust and love one another to recover.

"Rain is just like Oxford football, tough, muddy," he said, wearing the number 42 on his white jersey. "Everything about us is tough."

Myre died in a patrol car while deputies were taking him to a hospital, authorities said.

Hana St. Juliana was remembered for her passion and commitment to athletics.

The Oxford women's basketball program paid tribute to St. Juliana on Twitter, saying the 14-year-old made her high school debut the night before she was killed.

"We will never forget your kind heart, silly personality, and passion for the game," the team's post said. "Since 6th grade camp you have stayed dedicated to Oxford Basketball, soaking in the game. ... This season we play for you Hana."