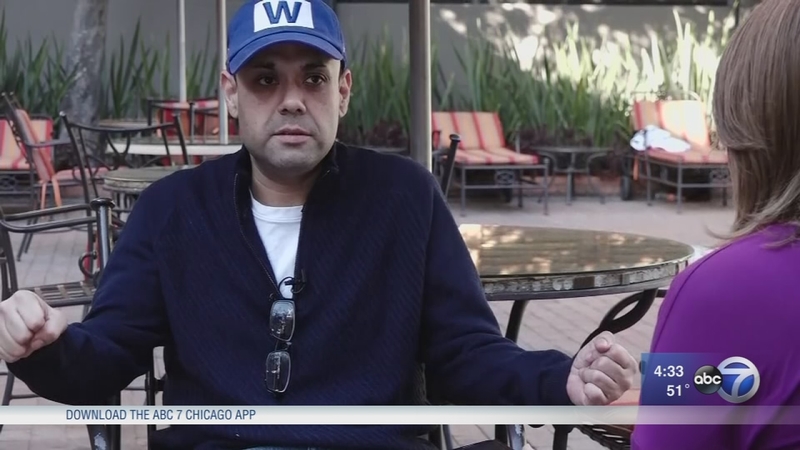 Deportation imminent for veteran who served 2 tours in Afghanistan

CHICAGO (WLS) -- Army veteran Miguel Perez described what happened to him when he was deported to Mexico last Friday after losing his appeal to remain in the U.S.

"'You see those two green arrows? That's Mexico, go ask them for help. Go talk to them,'" Perez said he was told. "Turned around, and walked off."

Perez said he was left alone, with nothing but his unlaced shoes and a dirty white t-shirt.

Perez's deportation follows a decision by U.S. authorities to his deny his citizenship application because of a felony drug conviction, despite his military service.

Perez served half of a 15-year prison sentence for that conviction. He was born in Mexico and came to Chicago legally as a child.

Perez came to the United States in the 1980s with his parents.

His family and U.S. Senator Tammy Duckworth said he earned the opportunity to remain in the United States when he vowed to defend the country.

While he thought signing up for the Army and serving two tours of Afghanistan would make him a U.S. citizen, it did not. Perez returned from war with PTSD.

"We looked for help for him, but nobody helped him at the time," his mother said.

Without proper VA care, Perez self-medicated with drugs, which eventually resulted in a drug conviction. He pleaded guilty. After serving almost eight years in prison, ICE immediately took Perez into custody. After he exhausted almost all legal avenues, ICE moved to deport Perez without allowing his parents to give him clothes, money or medication.