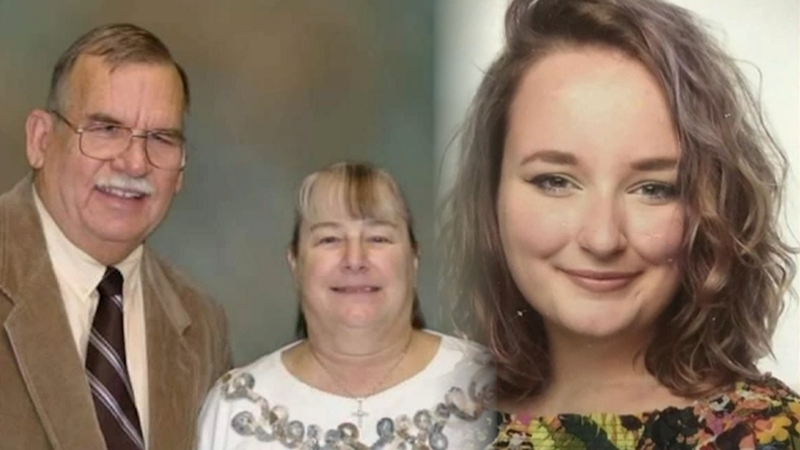 RENO, Nev. -- Two Nevada families are calling for a change in how missing persons cases are handled.

They said they felt powerless when they called authorities for help and believe quicker action could have saved their loved ones' lives.

"I believe that if that missing person's case had been handled the way it was supposed to be handled from the start, then maybe we would have had the chance to bring Naomi home," said Casey Valley.

Valley is the brother of Naomi Irion, the 18-year-old girl who was abducted from that Walmart parking lot in Fernley, Nevada last month.

In Irion's case, her brother said it took 36 hours for a detective to start working on it, KRNV reported.

The family of Ronnie and Beverly Barker, an Indiana couple who was missing for about a week. By the time rescuers located the Barkers, Ronnie was dead and Beverly had to be taken to the hospital.

Travis Peters, the nephew of the Barkers, said his uncle was dead for 26 hours before crews got to him.

"The hurdles we had to jump through to get the Silver Alert and to get people really organized. It is difficult because I have no doubt that if action had been taken earlier that my uncle would still be with us today," Peters said.

The family filed the initial report on March 29, but according to Peters, the search didn't start until four days later on April 2.

"I could, clear as day, hear in the background the sheriff go 'Ahhhh. Alright, I will talk to him.' You know just kinda nonchalant. You know like, oh gosh, now I have to deal with this guy," Peters described when he called for an update on April 4. "I felt low, like I was bothering him."

As for the Irion family, her brother said after his call with a Lyon County deputy, he felt powerless and that he had to do his own detective work.

It was a similar experience for Peters. One a week after the initial report was filed, and after he was told to call Oregon because that's they were before Nevada, he reached out again to Nevada State Police to see if they could issue a Silver Alert.

"Oregon contacted, I believe it was Esmeralda County, where the pings were located and nothing really was happening," Peters recalled.

RELATED: Indiana woman, 23, missing for days after car found crashed off I-80/94

Turns out it didn't help issue the Silver Alert because the Barkers are not residents of Nevada and that's Nevada State Police procedure.

Eventually Peters said a higher up put out a lighter version of the alert.

But how do other agencies handle things like this?

The Nye County Sheriff's Office explained how they do things.