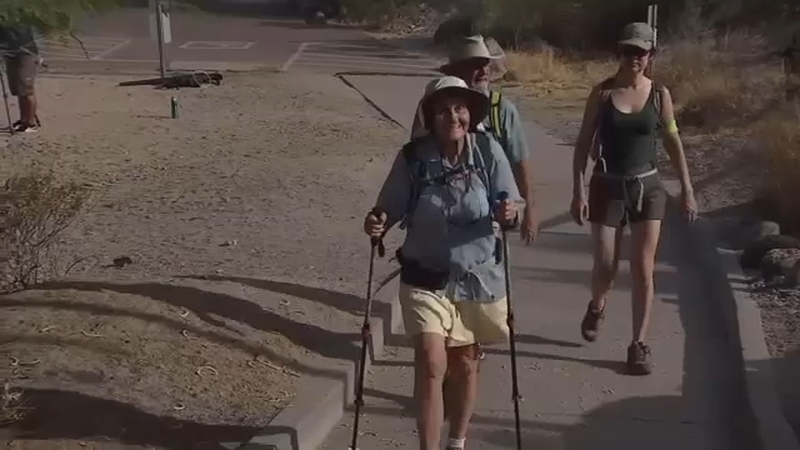 Anne Lorimor isn't a professional climber, but the Phoenix-area woman went up and back down the world's tallest free-standing mountain in just nine days.

"There was a point where I really was concerned because I fell before I started up the mountain and I had great pain in my side and I couldn't take deep breaths," Lorimor said.

It's the second time Lorimor has climbed the roughly 19,340-foot mountain in Tanzania. The first was four years ago, when she was 85.

Back then, she became the world's oldest woman to reach the top of Africa's highest mountain. But then someone beat her record.

"I was going to do it last year and one man, a little older than I, did it. I said, nope, I going to be the oldest person. So then I waited for this year," Lorimer said.