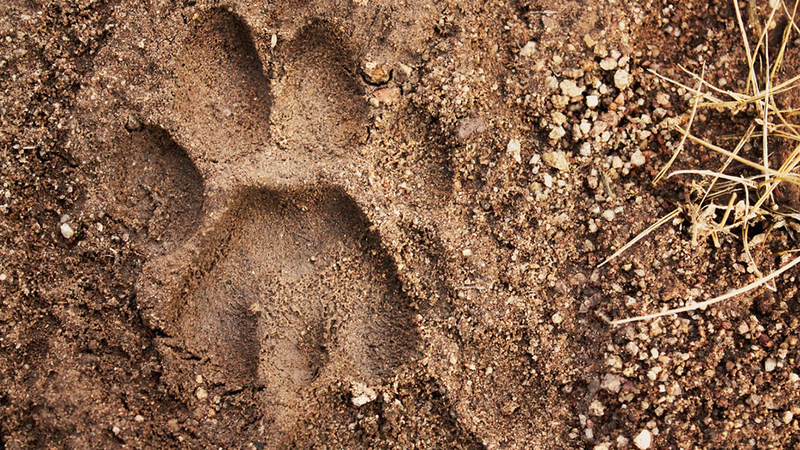 SANTA CLARA COUNTY, Calif. -- A 6-year-old girl was attacked by a mountain lion Sunday in the Rancho San Antonio County Park in California.

The incident happened around 10 a.m. while the child was walking on a trail about two miles from the main parking lot, park officials said.

"The animal, suspected to be a mountain lion, was scared away by adults who were with the child," they said.

"It came out of the bushes and right about when it grabbed a hold of the girl and an adult pushed the mountain lion and it ran off," said MidPeninsula Regional Open Space District ranger, Brad Pennington.

The 6-year-old was walking with her parents in a group of six adults and four children. They were going up the hill on one of the busiest trails.

"Right now, she has minor injuries. A couple punctured wounds to her calf. She was also treated for minor first aid and then her parents took her to the hospital," Pennington said.

According to the park rangers, the preserve was experiencing one of the busiest days of the season with a parking lot for 300 cars at capacity.

Neighbors who've lived around the preserve are aware of the mountain lion population in the hills but were shocked to hear about the attack.

"There are mountain lions that wander around here once in a while. It's usually in the dark and not during the day," said resident, Evelyn Horng.

The Department of Fish and Wildlife is now searching for the mountain lion in hopes to prevent a second attack.

"We will immobilize the cat and put it in a large trap so it come to it. But prior to that we will take DNA samples from it so we can make sure we have the correct cat," said Cpt. Todd Tognazzini with the Department of Fish and Wildlife.

The CDFW has four specialized dogs at the preserve searching for the mountain lion.

"We'll have some DNA sample from the victim, and we'll have DNA evidence if we're successful from the cat," said Cpt. Tognazzini.

The cat is believed to be about 160 pounds. If located, Capt. Tognazzini say's they'll decide what action to take next.

"I can't say in this incident what would happen. I know that we wouldn't leave the cat here," said Capt. Tognazzini.

The girl was reportedly walking with three other children. An adult who was with them rescued her by punching the animal in the ribs.

A Midpeninsula Regional Open Space District ranger treated the child at the scene for minor injuries.

She was then released into the care of his or her parents.

The park and preserve are closed until further notice.

Here is the full statement from the California Department of Fish and Wildlife Services:

"California Department of Fish and Wildlife officers, with assistance from Midpen rangers, are investigating the incident and attempting to locate and positively identify the animal. Rancho San Antonio County Park and Open Space Preserve is closed until further notice, and will reopen when the investigation is finished and Midpen determines it is safe to do so.

Midpen works closely with the California Department of Fish and Wildlife to minimize conflicts between wildlife and people. When an encounter happens and the animal can be located and positively identified, CDFW determines what action to take.

Mountain lions live throughout the Santa Cruz Mountains region and generally are not a threat to people. Most avoid areas of human activity and are easily scared off by loud noises. Seeing a mountain lion is rare and an encounter like this is very unusual.