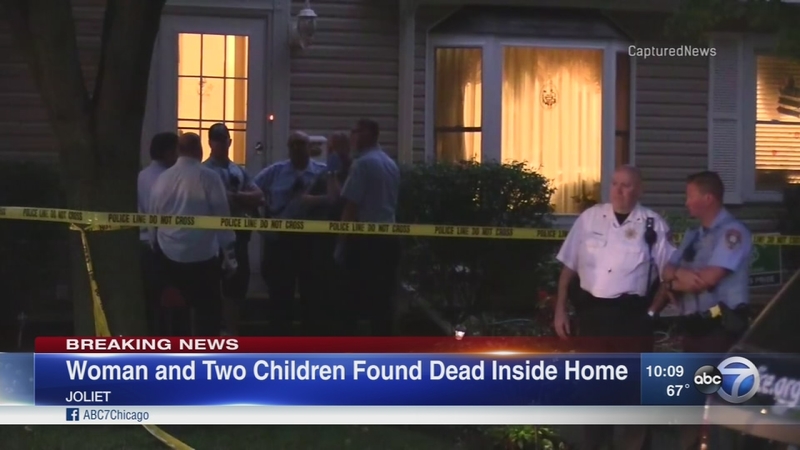 JOLIET, Ill. (WLS) -- Joliet police are investigating an apparent murder-suicide that claimed the lives of a woman and two children Monday.

Police said shortly after 3 p.m. they were called to a home in the 400-block of North Reed Street for a death investigation.

Police said officers were met at the scene by a family member who directed them inside where they found the bodies of a woman and two small children.

Police said they are investigating the deaths as a murder-suicide. Names of the victims have not yet been released. Official cause and manner of death, along with the victims' identities, are not being released pending autopsies by the Will County Coroner's Office, police said. Police have also not confirmed how the deceased are related.

"This is an on-going investigation into a very tragic incident and at this time we are not prepared to comment on the cause of death or identities of those involved." said Joliet Police Chief Brian Benton.

A neighbor said two 5-year-old twin girls live at the home with their mother and father. Residents on the block are shaken by the deaths.