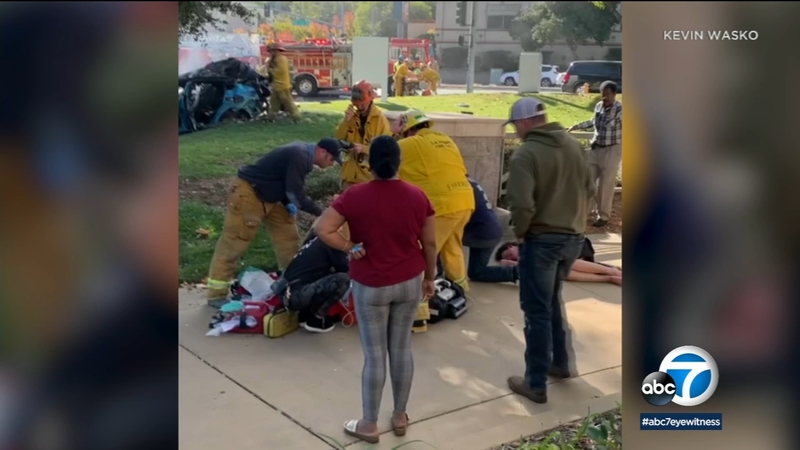 LOS ANGELES -- A young girl died and another was critically injured after a car crash Monday morning in Stevenson Ranch.

The CHP says the woman driving the car was naked when she got into two separate collisions.

Two girls, ages 6 and 2, were in the back seat without seat belts on. Good Samaritans removed them from the wreckage as it caught on fire, officials said.

The first crash happened in the area of The Old Road south of Pico Canyon Road just before 9:45 a.m.

Investigators say the woman continued driving after the first accident, then ran a red light and struck a power pole at the intersection of The Old Road and Pico Canyon.

The 6-year-old girl later died. The 2-year-old was initially listed in critical condition and later was said to be stable.

The woman is in stable condition.

Initially authorities believed the woman is the mother of the two girls, but that relationship has not been confirmed at this point.