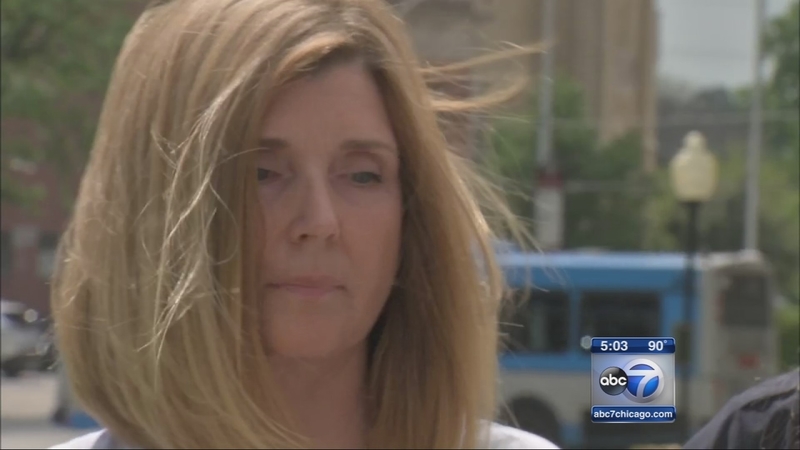 Rish and her then boyfriend, Danny Edwards, were convicted in the 1987 kidnapping and murder of Stephen Small, the heir to a media company fortune. On Friday, Rish was back in court in an attempt to win a new trial.

Small was buried in a plywood box with an air tube while Edwards made ransom calls. But the air tube didn't work and Small suffocated. Edwards and Rish went to prison, but Edwards has signed affidavits that Rish didn't know details of his plan. Her lawyers say she is innocent.

"His statements that he never told Nancy about the kidnapping or the ransom, and that he specifically concealed the plan from her, that's what makes it exonerating and contradicts the state's evidence," defense attorney Steve Becker said.

Rish's lawyers want a new trial. The Attorney General's office argues against that.

"We know he did not commit the kidnapping alone," Illinois Assistant Attorney General Erin O'Connell said. "Leading to one side, the petitioner acknowledged at the time that she carried out acts that assisted him in committing the kidnapping."

On Friday, the judge said lawyer's attorneys need to review a case similar to Rish's and that Edwards would have to have such a compelling testimony that it would likely change the guilty verdict should he be tried again.

Rish, who's doing a life sentence, did not answer when asked if she were hopeful that she'll be heard in court. Her son, Ben Rish, who was eight when his mom went to prison, sat through the hearing.

The judge's decision on a new trial could be weeks away. Rish's attorneys say time is of the essence because Edwards has a worsening heart problem and without his testimony, she won't get out of prison.

Even with it, she faces an uphill fight.