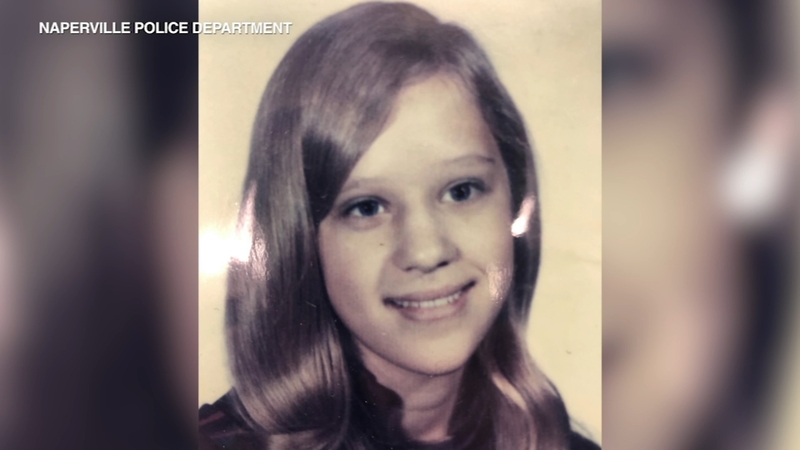 NAPERVILLE, Ill. (WLS) -- A man was arrested and charged Friday morning for the 1972 Naperville murder of 15-year-old Julie Ann Hanson.

Barry Lee Whelpley, 76, of Mounds View, Minn., was arrested Wednesday and charged with first-degree murder in connection with the crime, according to Naperville Police Chief Robert Marshall and Will County State's Attorney James Glasgow. He appeared in court Friday following extradition. Whelpley's bond was set at $10 million.

Police said 15-year-old Julie Ann Hanson was found in a cornfield near 87th Street and Modaff Road in July 1972. She was stabbed 36 times.

Marshall said Hanson had borrowed her brother's bike to go to a baseball game that July day, but she never made it. She was reported missing, and her bike was later found on a gravel road near Knoch Knolls Road and 87th. Then officers found her body.

"No one locked doors. We knew everybody, and then this happened, and I've called it the end of the age of innocence," Thompson said. "Because it immediately changed to a very fearful existence, especially for us as kids."

"This horrific crime has haunted this family, this community and this department for 49 years," Marshall said. "The investigation and resulting charges were truly a team effort that spanned decades, and I could not be more proud of the determination and resourcefulness of our investigators, both past and present, who never gave up on Julie."

Hanson's parents are no longer alive, but her brother and sister were at the news conference and expressed their gratitude in a written statement.

"I'm personally am very thankful that they got someone. I'm just disappointed that he lived free for 50 years," Thompson said.